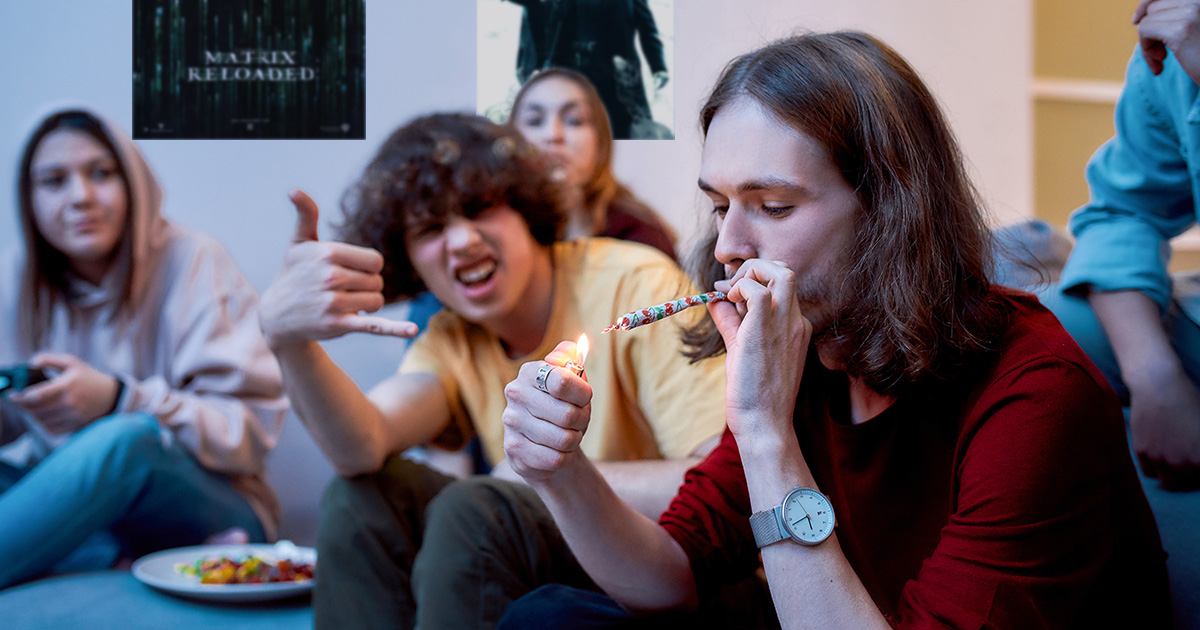 “It’s gonna change how insufferable people talk about movies,” explained director Lana Wachowski. “When Lilly and I made the first one, we didn’t know it would impact how dumb people perceived the world. Everyone is skeptical about yet another sequel — probably because it seems impossible to top ‘Revolutions’ — but we’ve all worked tirelessly to create an entertainment experience that will lead to excruciating conversations.”

“Laurence Fishburne in particular has been training for months to make dumb ideas sound smart,” agreed Lilly Wachowski. “These college kids are going to talk about this for a long time — especially the students who love edibles and signed up for Philosophy 101.”

Ardent fans of the series have been waiting patiently for a sequel for close to two decades now.

“‘Matrix’ is my whole life,” declared superfan Jackson Callahan. “Whenever I quote it, people say the same thing: ‘Dude, that movie came out 20 years ago.’ I don’t care, ‘cause ‘The Matrix’ really deepened my understanding of life and existence. Like, the computers are like a metaphor for how machines are, like, the things that aren’t real. It works on a bunch of levels! I’m still trying to wake up from my simulation — I know in the real world I’m like a pro basketball player with the hottest wife on the planet, and she does everything in bed. Everything.”

While “The Matrix” often serves as the only philosophical background for many viewers, experts worry it cheapens the field of study.

“It’s fucked everything up,” lamented Dr. Timothy LeBec, professor of Philosophy at Vassar. “Everyone comes in all ‘red pill this, blue pill that.’ No one knows the greats or anything about theory — they just hear a few sound bites mumbled by Cowboy Curtis in a latex suit and suddenly they’re experts on solipsism. I mean, the Wachowskis just made all that shit up. That can’t be how it works: you can’t just make something up, and then suddenly have it treated as dogma, right? Right? You know what, I need to be alone right now.”

“Matrix: Cuatro” is currently experiencing delays due to the technical limitations of having Keanu Reeves’ character Neo speak out of his own ass.