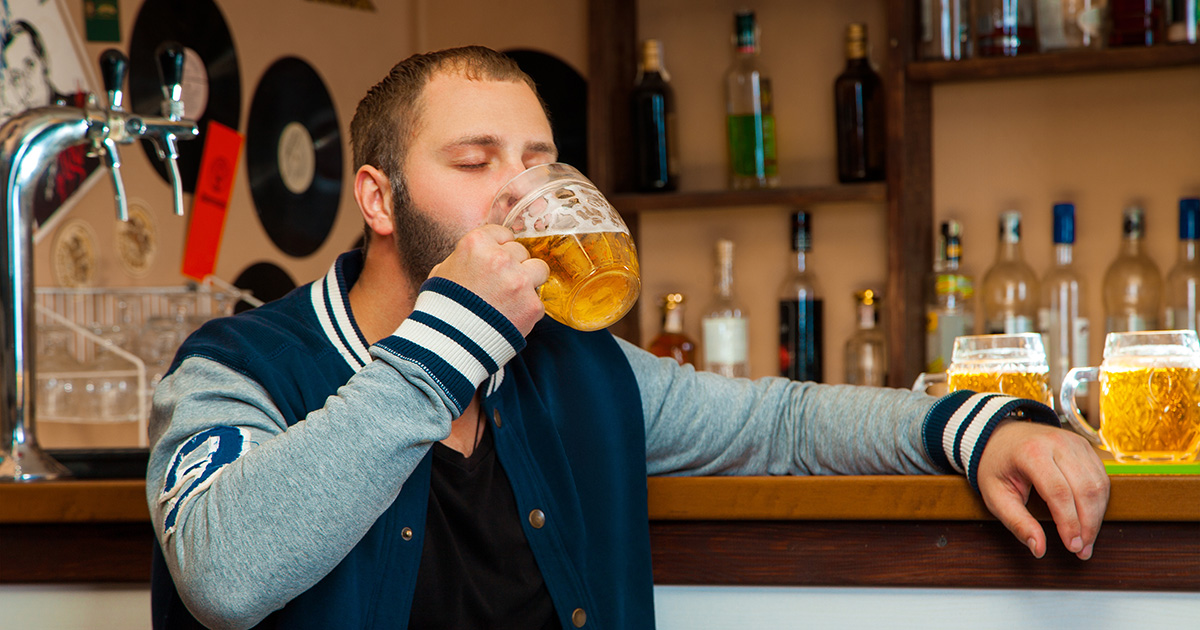 LAKEWOOD, Ohio — One-time Lakewood High School football legend Jaime Garner made the long and treacherous journey back to his hometown mere days after graduating from Fairview University in an effort to find a mate and procreate, scientists studying the phenomenon explain.

“I had totally planned to move to Cincinnati, but something inside me was pulling me back to my roots. I didn’t even need to use Google Maps on the 12-hour drive home. I was able to navigate detours and road closures by instinct alone,” said Garner while attending a football game at his alma mater in his ill-fitting letterman’s jacket. “It’s been a little tough because a lot of the other guys from my high school seem to be showing up at the same time. But I’ve been doing the biggest burnouts in the parking lot of Scooter’s with my truck, and I can spit chewing tobacco way further than any of these chumps. They don’t stand a chance.”

Locals noticed a sudden influx of young men looking to “settle down.”

“This happens every year once we get the first glimpse of nicer weather. Lots of guys in boot cut jeans and passionate opinions about Joe Rogan will come to our one local bar in a desperate attempt to find a wife,” said longtime resident Carol Burns. “I don’t understand it. All I know is that most of the Cheerleading squad that graduated a few years ago are inexplicably hanging around the bowling alley. The women’s softball team however left and never looked back. Apparently they all live in the city now and brag about their dogs all day.”

Biologist Paulette Mullins has been researching the mating rituals of these individuals for over a decade.

“There is something deep within the genes of these creatures that compels them to return to the mating grounds of their ancestors and begin the life cycle anew,” said Mullins. “I don’t know if they are driven by pheromones or sound, but travel from as far away as Arizona State University and flock back here to start a family and ultimately return to work for their dad.”

As of press time, Garner was heard to do a mating call known as karaoke in an attempt to catch a female’s attention.