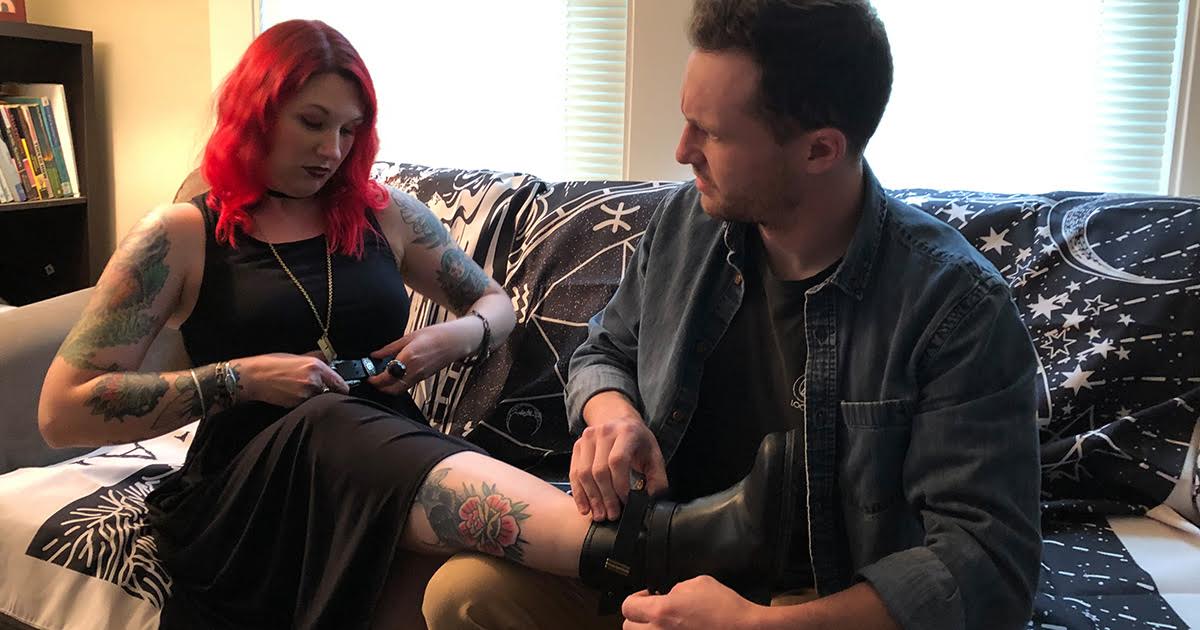 TAMPA, Fla. — Local punk Stephen Lazaro broke up with his new goth girlfriend earlier this week after discovering that sex together involves over two hours of sensually removing buckles and zippers prior to penetration, bummed out sources report.

“I thought I hit the ‘big tiddy goth gf’ jackpot with Stacey [Kowalski],” Lazaro explained. “She’s tatted and stacked — smoking hot. I got through three whole dates trying to seal the deal, but when we got to the bedroom… just buckle after buckle, zipper after zipper, and all those snaps and clasps. Fuck, I thought it would never end.”

Lazaro, who reportedly has difficulty maintaining interest in typical foreplay for more than three minutes, ran into trouble quickly when he could not determine which boot buckles were decorative and which were functional.

“I figured, well, at least I could get a blow job and we wouldn’t have to go through this whole thing… but then she asked if I could go down on her first. Like, what the fuck?” Lazaro complained. “I successfully unzipped four stuck zippers to pull her out of those tight-ass leather leggings, but I had to tap out after I accidentally tied two corset laces into a complicated triple knot I learned in Boy Scouts.”

“I just went home and jerked it to her Insta. Whatever, man,” he added.

At press time, Lazaro was reportedly planning to cancel all of his e-girl Twitch subscriptions after being refused nudes for the 30th time.