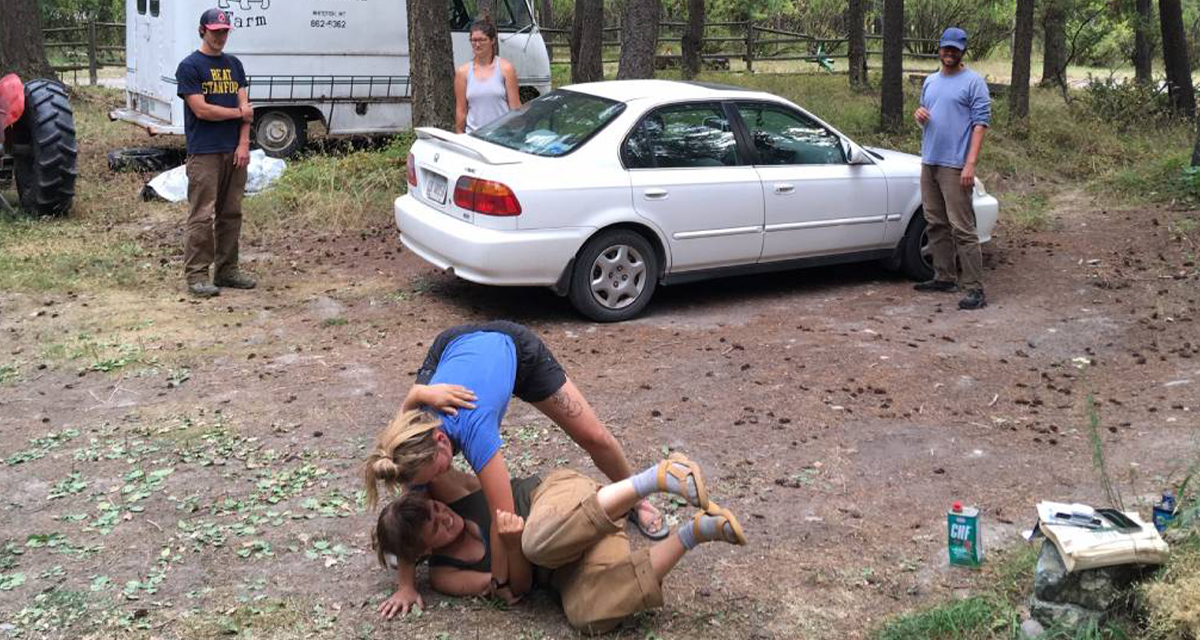 PENSACOLA, Fla. — A fistfight moments ago between local punks Deandra Ybarra and Carrie Wilks was described by all watching as “unexpectedly quiet and weird,” according to sources still in awe of how that actually happened.

“I got super pumped when Dee pushed Carrie, and I knew some shit was gonna go down… but I realized pretty quickly that I hadn’t actually seen a fight in real life, and that real fights are way less cool than the ones in movies and on ‘Maury,’” said eyewitness Molly Sisson. “No one had any great one-liners about kicking ass, but I think I heard Dee say, ‘go’ or ‘God’ or something… but it could’ve just been a grunt. I don’t know. Carrie got a few good shots in, but there was like, a bizarre stillness in the air that was very unsettling. It was like, extra human or something.”

Bystanders weren’t the only ones put off by the deafening silence of the scrap.

“I sort of thought my first fight would be more exciting, but it was mostly just a ton of breathing. I guess I assumed punching sounded more cool, but my mom dropped some raw chicken on the ground once and it kinda sounded more like that,“ Ybarra recalled. “I’m not sure how long it lasted, but it felt like it could have been anywhere from 10 seconds to 30 minutes, I really can’t be sure. Either way, it was definitely the most intimate thing I’ve ever experienced, and I really hated it so much.”

“Many people think that getting into fights involves physically impossible yet very cool-looking moves supplemented by 15-second clips of aggressive music, and while some fights can be violent, many are decidedly cringe-inducing, at best,” Woodward explained. “Real-life fights more often include awkward grabbing, slipping, guttural whimpering, and what may quite possibly be the most awkward eye contact any person may ever be subjected to.”

“It’s especially sad when you don’t have a crowd willing to yell the action on,” added Woodward. “Teenagers will typically whoop and yell, while adults will sit back quietly and hope nobody hits their head on the pavement.”

At press time, both Ybarra and Wilks were explaining to their respective friend groups how brutally they just kicked the other’s ass, assuring everyone that they “wished you could have seen it.”