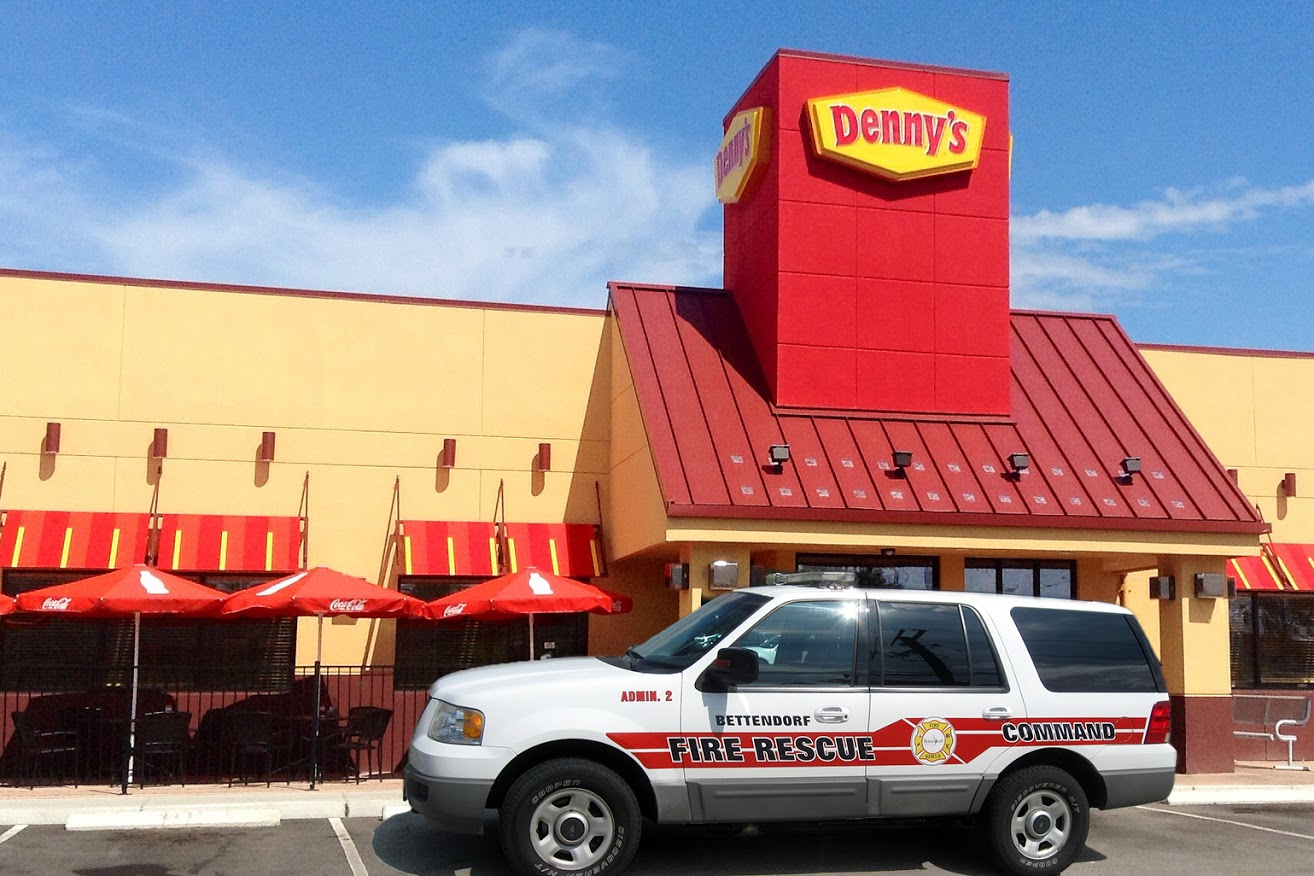 MYRTLE BEACH, S.C. – A new DIY space was shut down on Tuesday, three minutes after being conceived by a group of local punks at a Denny’s. Mark Honowitz, Danny Alvarez and Brian O’Doyle had just gotten past brainstorming names for the imaginary venue when their discussion was cut short by a fire marshal storming over to their table around 1 a.m..

“This is clearly a fire hazard and I’m shutting it down!” Fire Marshal Steve Blazinski hollered before slamming an axe right through their table.

“He destroyed my vegetarian Grand Slamwich,” Honowitz commented. “The Devil’s Whorehouse would have been the best venue for local and touring bands this whole area has ever seen,” O’Doyle commented. “The scene is really going to suffer, more than anything thanks to the bureaucracy of the fire department and their incredibly good hearing.”

None of the planners were surprised by the Myrtle Beach Fire Department’s ability to stop theoretical future law infractions. When asked by The Hard Times if he was suspicious of the legality of mere ideas being policed before any crime has taken place, Honowitz stated, “Hey man, I saw Minority Report. If you don’t think the government is listening to you right now, then you are the naive one.”

As for the DIY space, there are currently no plans to start imagining another one any time soon. “It was just too much time and commitment on our part for such a risk, you know?” Alvarez said, referring to the 180 seconds it took to hatch their aborted plan. “I’m not ready to deal with a loss like that again, at least not for another year or so.”

When asked if his actions were a little hasty, Fire Marshal Blazinski told reporters, “It’s always good to nip things in the bud by squashing dreams before they have a chance to flourish. The worst thing you can tell a child is, ‘You can be anything you want to be.’ Glenn Beck told me that in person.”

Honowitz responded, “So is he going to pay for my Grand Slamwich? I hadn’t even taken a bite, seems kind of unfair.”