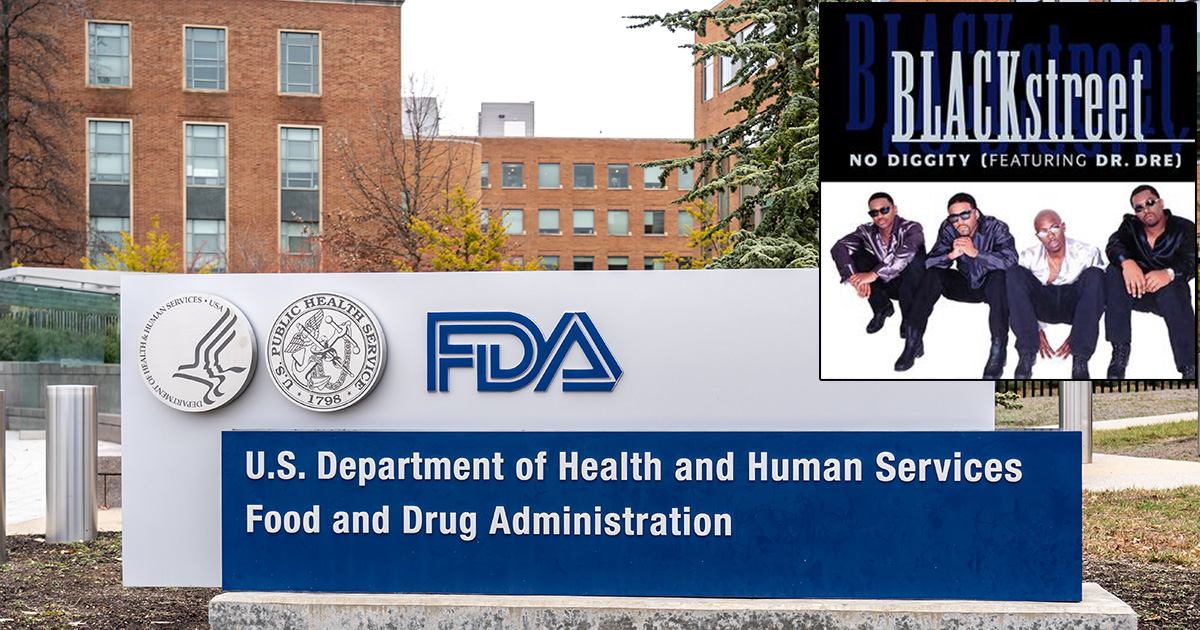 SILVER SPRING, Md. — The U.S. Food and Drug Administration has forced R&B group Blackstreet to disclose that their 1996 hit song “No Diggity” may actually contain trace amounts of diggity.

“While we at the FDA respect Blackstreet and their commitment to exquisitely crafted R&B hits, we concluded that the title of their song ‘No Diggity’ makes false claims and must be changed, effective immediately,” said FDA Commissioner Stephen Hahn. “No recording studio, vintage tape recorder, or expensive vacuum tube compressor can effectively remove all diggity from the environment. Simply stated, unless you have a dedicated, diggity-free chamber, there’s always going to be some diggity contamination. It is our duty to ensure that the consumer is aware of the risk.”

While the members of Blackstreet are understandably dismayed at the ruling, they still stand by their signature tune.

“This is yet another blatant example of government overreach. Doesn’t the FDA have some horrible pandemic to solve?” argued founding Blackstreet member Teddy “Street” Riley. “We refuse to take the song out of setlists, but I guess we have to rename it. ‘Trace Amounts of Diggity’ is way too long. ‘Some Diggity?’ No. God, no.”

“Just when you think the song is going to die down, it gets added to another ‘I Love the 90s!’ Spotify playlist, or it’s in some Rob Schneider movie trailer,” explained Dr. Mindy Antonello, emergency room doctor at Holy Cross Hospital. “I’ve always referred to diggity as the silent killer. While other parents make snide comments, I ensure my daughter abides by a diggity-free diet, and whenever we fly, I call ahead and ask the airline to make sure nobody brings any diggity on the flight.”

In related news, the FDA also declared that Bell Biv DeVoe must include a disclaimer with all digital copies of their song “Poison,” indicating that it may contain chemicals known to be harmful in the state of California.