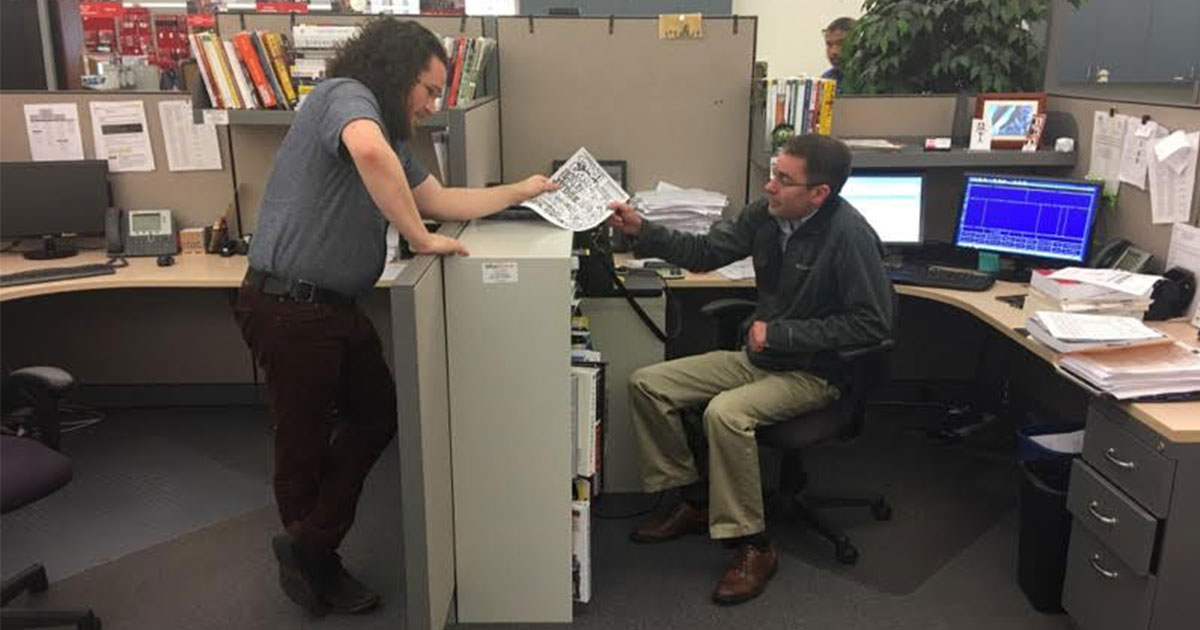 Piss Trader traditionally sticks to social media to publicize their performances, but with the show merely days away and confirmed guests in the single digits — including members of bands booked to play — Forman reportedly did the unthinkable, and posted a flyer in his break room.

“Oh, my god… Glen is having one of his concerts?” asked mailroom employee Shannon Donahue. “I’m totally gonna try to get a sitter. Or could I bring Morgan and Eva along? Either way, we’re gonna rock out!” she said, forming an “I love you” hand sign.

After successfully keeping his involvement in a crust punk band secret for the first six months of his employment, Forman mistakenly accepted a friend request from a coworker on Facebook weeks ago, unleashing a chain of events informing everyone in the department of his hobby.

“I told Glen he doesn’t want an old fart like me at one of his gigs,” said Reggie Kippock, who’s been pleading with Forman to tell him about one of his ‘gigs’ for months. “I used to play in a Steve Miller Band tribute band, but I told him I’m probably too old to get up there and play these days. Unless he really needs me to. Then I might.”

Many of Forman’s associates allegedly do not quite understand DIY show promotion, leading to fresh questions about attendance numbers.

“I’m a little confused,” said Donahue, staring blankly at the show flyer. “This poster doesn’t even have an address for the rock club. This must be a mistake, right? It says I’m supposed to ‘ask a punk’ how to get to the Shit Stack? Is this right?”

As of press time, Donahue and her daughters were making shirts to wear to the show, and a visibly distraught Forman was seen flyering outside of a Hot Topic.