Everyone Mad At Accurate Demo Review 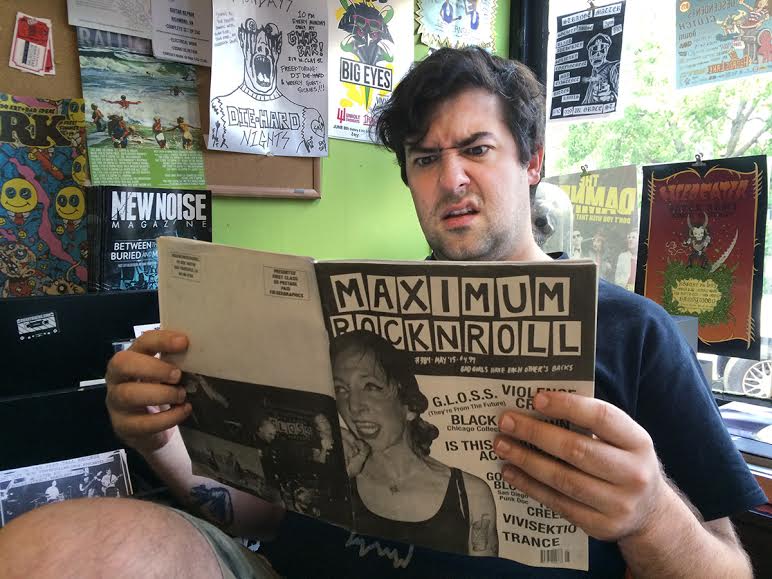 SAN FRANCISCO — Public outrage over an accurate review of Cripple Hammer’s demo in this month’s Maximum Rocknroll reached a boiling point this weekend.

The 34-year-old MRR shitworker who wrote the review, Marcus Kincaid, has reportedly gone into hiding after its publication. The controversial and objectively accurate review states, “Cripple Hammer’s demo seems rushed. Drums are off-tempo and vocals are lacking. I know they are all great guys who have been around for years — so saying this really kills me — but it’s really just not that good.”

Kincaid has since been attacked by hordes of angry commenters on social media because of his ill-fated decision to bad mouth Cripple Hammer with a very polite but truthful observation about the quality of their demo.

Cameron Yazgulian, an angry blogger from Oakland, believes that Kincaid deserves all of the backlash that is coming his way.

“Marcus Kincaid said that Cripple Hammer’s drumming was off tempo for a lot of the tracks,” Yazgulian said in a string of tweets last night. “Leave it to a CIS white male to expect all drumming to be on tempo. Drummers should be celebrated whether they are on tempo, off tempo, or even bongo players. If he can’t be sensitive to Cripple Hammer’s needs then he will be lacking a family after I go over to his house and slit all their fucking throats.”

Even President Barack Obama has weighed in, making a rose garden speech earlier today saying, “Well folks, that’s just horse shit, Kincaid wouldn’t know good hardcore if it was launched at him from a predator drone,” adding succinctly, “He’s not welcome at any show I go to.”

Internet activist group Anonymous has released a video online stating that if Kincaid doesn’t apologize for the review in the next 72 hours then they will be forced to release a video of Kincaid’s high school band, The Boing Boing Boys, doing a horrible rendition of Operation Ivy’s “Knowledge.”

Cripple Hammer vocalist Todd Evans was surprised by the outpouring of support after the review was published. “We recorded that demo in my basement after getting plastered on the 4th of July. I am glad everyone came out of the wood work to support us — and all the money from that GoFundMe will certainly help us out — but to be perfectly honest that demo is fucking garbage.”