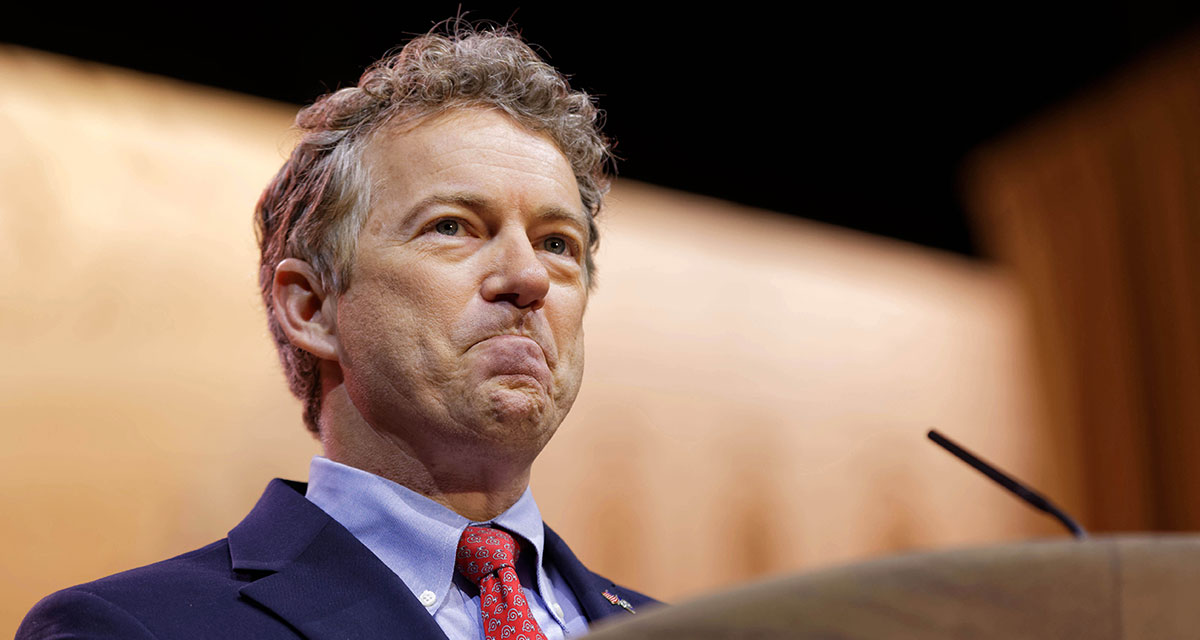 “It couldn’t have happened to a better person. And by that, I mean the person least likely to transmit the disease to anyone else,” croaked Senate Majority Leader Mitch McConnell. “Everyone already avoided him like the plague before all this. I barely talk to him, and when I do, I always have my assistant next to me to help end the conversation with a fake phone call or something. I mean, c’mon — I hate poor people as much as the next conservative, but Rand… I don’t know. I think he wants to be the only person on earth. He always stares at you like he’d be willing to eat you.”

In a rare show of Congressional harmony, Senators from both sides of the aisle admitted their longstanding discomfort with Paul and wished him a long, painful recovery.

“Honestly, I didn’t even notice he was gone,” remarked Sen. Cory Booker. “We all try to look away when he enters a room anyway. Seriously, it’s a good thing this didn’t happen to like, Bernie, or Grassley — you know, someone people actually like. Hell, I think people like Ted Cruz more than Paul, if only in some sick, Kafka-esque way. I just hope he doesn’t figure out how to use Zoom or something. Just go away for a while, Rand. Please just go away.”

The news comes just days after Paul voted against a stimulus package that would provide federal aid to those affected by coronavirus pandemic.

“I would say it’s an act of God,” explained Paul. “But I don’t believe in God: only the long, beautiful, muscular arm of capitalism. Problems like this won’t be solved by government or compassion, but by reason, self-interest, and massive amounts of generationally accumulated wealth. I’ve got bootstraps the size of a foreclosed family farm, and I plan to pull myself up by them. I’m as sure of that as I am of the fact that my dad named me after an angry lady author.”

At press time, a “get well soon” card had been organized for Paul that, in the largest show of congressional bipartisanship, remains unsigned.