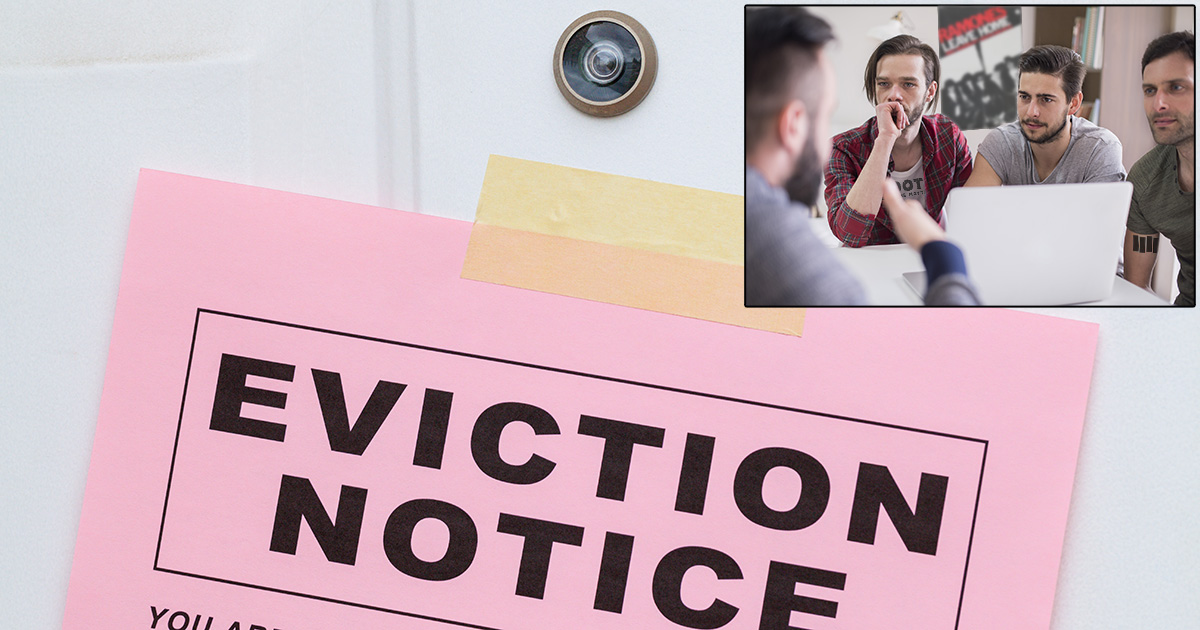 “When you really think about it, this is good for us,” said Rosalind Wolf, singer of local punk trio Dirty Bots and one of the six remaining members of the scene. “How are you going to make real art if you know where you’re going to sleep, you know? We all got complacent, and we all lost touch. This is a massive opportunity for everyone in the scene to learn what the real world actually is, free from the comforts of a shared bathroom and running water. It’s the companionship of rats out on the streets that will help us grow as musicians.”

Not all of the evicted share the same optimism as Wolf, however.

“I don’t know how the scene is going to recover,” said Tiffany Van der Waals, who plays drums in every punk band in the city. “We still have all of our stuff, but a half-dozen people comprising 30 or so bands and side projects lived in that apartment. All those Bandcamps are just gonna go dormant. I guess we don’t have to pay rent now, but it’s not like half of us were doing that before the pandemic.”

Experts note that Rochester is not a unique case, as the pandemic forces musicians out of their apartments, squats, communes, basements, driveways, and chill setups all across the country.

“This just hasn’t happened before. Government officials sat on their hands when it came to providing assistance to citizens who needed it most, and independent music might never recover,” said Candace Jackson, a researcher with the American Association of DIY Scenes. “The damage is the same as if every scene in America outed their biggest member as a sex creep all at once. The only new releases we’re going to see anytime soon are solo projects recorded in parents’ basements and ironic busking. It’s horrible.”

The landlord of the studio already announced plans to convert the apartment into a storage space for stacks of newspapers for which he has emotional attachment.