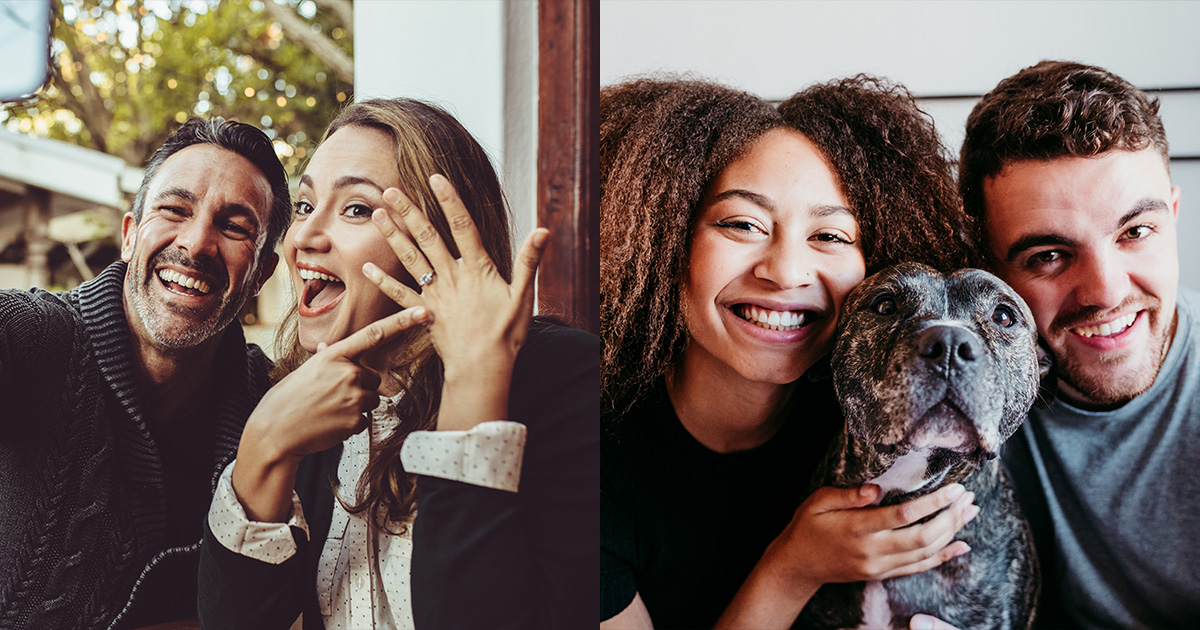 SEATTLE — Newly engaged couple Daryl Stein and Hannah West are absolutely livid that their celebratory post got significantly less likes than their friend’s post announcing they rescued a dog, sources close to the bitter couple confirmed.

“They’re always pulling this shit,” said West after blowing off steam by stabbing a pillow with a pair of scissors. “It started with little things when we all lived in the same apartment building. We would tell everyone in the building we were having a Christmas party, then those pricks would also throw a Christmas party around the same time. They acted like it was no big deal too. Things got even worse when they got engaged. I volunteered to do some of my mime work at their reception and they had the nerve to say no. Now they think they are lords of the internet because they rescued some stupid dog that was about to be euthanized.”

In a concerted effort to clear things up, Will and Cassandra Roberts claimed their dog adoption was in no way influenced by Stein and West’s engagement.

“They just kind of… blow things out of proportion,” said Roberts as he tossed a tennis ball to his new dog Eddy. “Before COVID Cassandra and I took an Uber home from a friend’s birthday party because it was getting late, and Hannah told everybody that we left them for dead in the city without a ride. We didn’t even know they were at the party.”

Social Media Expert Gerard Tisdale weighed in on why some people have more successful posts on the platform of their choosing.

“Honestly, it’s a one-to-one ratio on how liked you are in real life. Daryl and Hannah seem like they will hold an intense grudge over any perceived slight,” said Tisdale. “Imagine one of them loaning you a quarter for the parking meter, and then bringing it up six months later that you never paid them back. It gets old quickly, and people start to tune it out. Conversely, the Roberts couple seem to live in the moment, and often volunteer to feed their friend’s cats when they go out of town for a few days. It’s no surprise who is more popular.”

At press time, the bitter couple was paying to boost a picture from date night to their followers, while Eddy the dog went viral on Tik Tok for rescuing a drowning child at the park.