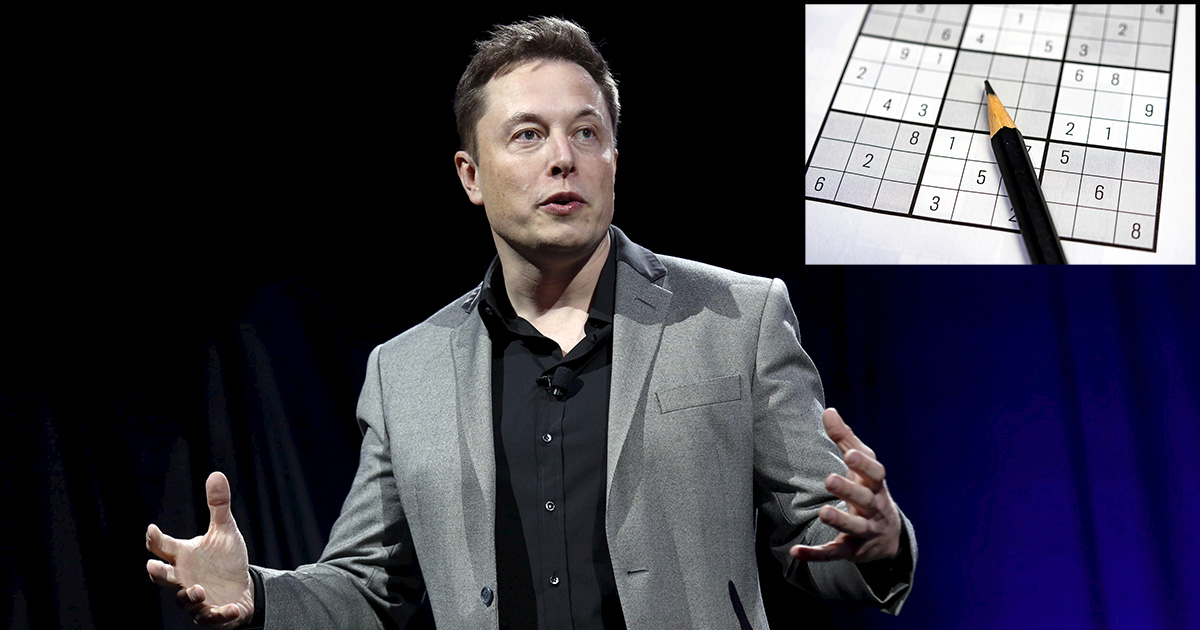 AUSTIN, Texas — Elon Musk announced earlier this week that he will name his next child in the style of a Sudoku, one of his favourite puzzle types among many, confirmed familial sources begging him to reconsider.

“I found inspiration for the name after seeing a Sudoku puzzle in my local newspaper,” Musk explained. “And I thought to myself, ‘Wow! This would be nearly impossible to vocalize,” which is how I knew it was just perfect. Of course, there are challenges that come with giving your kid a name largely expressed by a grid with vacant spaces. I’m currently in the process of deciding which puzzle difficulty level will be the best fit. I, quite obviously, could handle the harder Sudokus, but we can’t all be rocket scientists.”

Despite his enthusiasm, many of Musk’s family members are concerned about the unconventional baby name.

“I wish Elon would just realize that we’re trying to stop him from making a huge mistake,” confessed Musk’s cousin, whose name is a legitimate barcode. “It’s not easy having an uncommon name: I never get to buy those license plate souvenirs, and signing my name can take up to two hours if I don’t have a ruler on my person. I begged him to at least just choose a puzzle like a Word Scramble to choose the name. At least that way there are letters, but, no surprise here, he wouldn’t listen.”

“We’ve never seen anything quite like this in the puzzle industry,” Shortz gushed. “It is a great privilege and an honor that Elon has chosen me to design his child’s name. It’s not something I take lightly. And it’s very exciting that the birth announcement will actually appear in a New York Times puzzle section! Fingers crossed that the baby is born later in the week, so the Sudoku can make the cut for the Sunday Times.”

Of course, Musk has looked into some other names to add to his list. He has already stated that he likes “Emily” if it’s a girl.