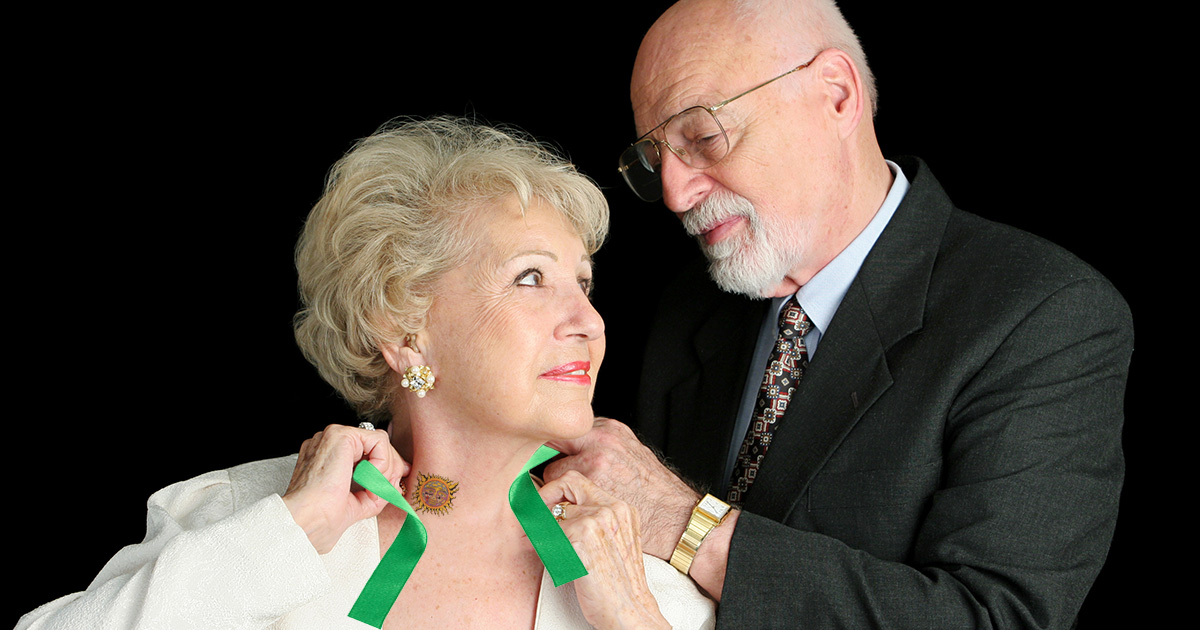 NEWPORT NEWS, Va. — Jenny Fitzsimmons allowed her husband Alfred to remove the enigmatic green ribbon she’s worn around her neck since the first day they met, unveiling a tattoo referencing the reggae-rock and ska band, Sublime, sources close to the couple confirmed.

“Alfred has been patient with me for nearly 60 years,” Fitzsimmons explained. “Not even on our wedding night did I reveal to him the secret that the ribbon kept. I’m sorry to have kept him in the dark these many years, but after he untied it, he immediately understood why I could not tell him before, and even helped me tie it back on before anyone else had a chance to see. He said it was either that or a closed casket when the time comes.”

An unfolding of the mysterious ribbon in question revealed the face of the tattooed sun from the popular Southern California musical group’s 1992 debut album, “40oz. to Freedom.”

“I was horrified,” Alfred Fitzsimmons said. “She was always cagey about her past, but I never took my beautiful wife to be such a diehard fan. I suppose there were always signs. Every February 22 she would smoke two joints, which I realize now is Bradley Nowell’s birthday. When she went through her dreadlocks phase, I didn’t protest and stood by her side. I remember she used to hum this beautiful melody to our children as a lullaby, which I’m realizing now was just the chorus to ‘Santeria.’”

Some have dismissed the ghastly story as nothing more than rumors and hearsay.

“This is actually a popular urban legend, with variations dating back as early as the mid-18th century,” said Professor of Folklore at Christopher Newport University, Daniel Gleason. “There’s the story of the red anklet that hides a Misfits tattoo, the key that unlocks an attic full of KISS merchandise, the Flying Dutchman Jimmy Buffet cruise ship — all just tall tales concocted to frighten people. Why, one might suspect the turtlenecks I wear every day are also hiding a dark secret, say, a Phish neck tattoo, which is of course ridiculous, and a detail that only my one true love will know, someday.”

Reportedly, as her dying wish, Jenny asked her husband to disperse her ashes into a dog food bowl labeled “Lou Dog.”