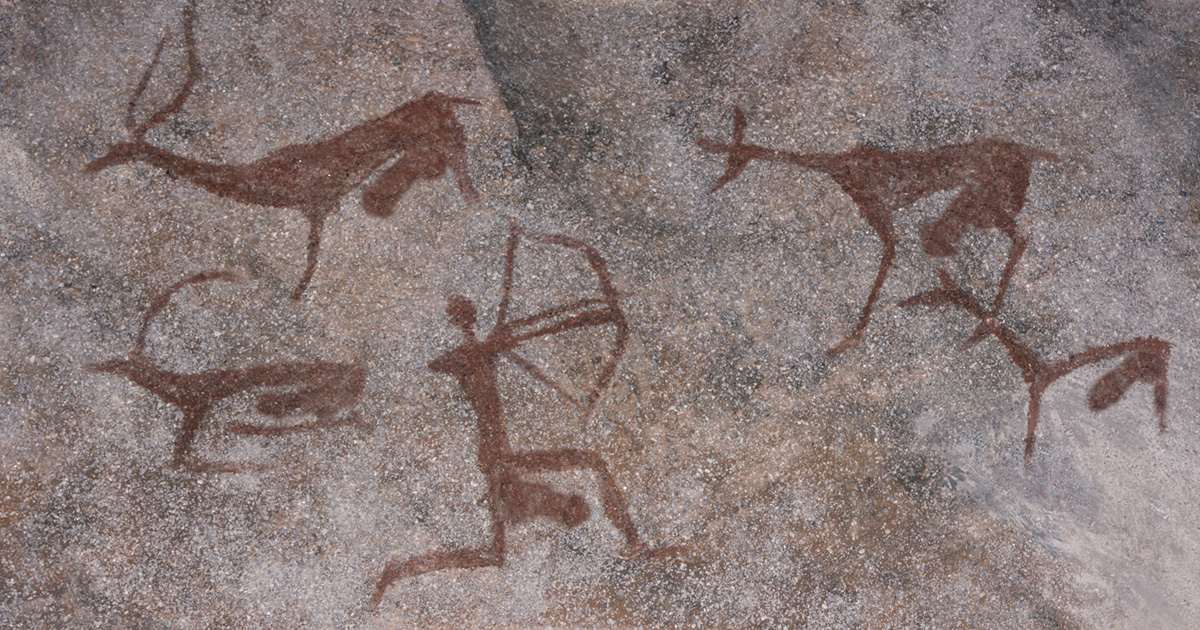 BHIMBETKA, Bhopal — The discovery earlier this week of primitive drawings left on walls by Neanderthals confirmed one of science’s longest held, unproven beliefs: that drawing penises on literally anything has been funny since the dawn of man, according to amused researchers.

“Of course we all knew it in our hearts, but science isn’t about the heart,” said lead anthropologist Claudia Porter. “We needed evidence. And this big ol’ shaft right there, next to the sun setting and this woman giving birth, prove that even our earliest ancestors accepted drawn phalli as one of the principle joys of life. I mean, just look at the hog on that dude — it’s hilarious.”

The findings seemingly proved what was previously held as more of an assumed theory than a cold, hard truth in the scientific community.

“Cocks are hilarious. Anyone can tell you that,” said television personality and scientist Bill Nye, addressing a sold-out speaking engagement at The University of Arizona yesterday. “And what scientists and geologists have done here is groundbreaking work — revealing that drawing a dong anywhere is a certifiable sign of intelligent life.”

“Check space for planets with dicks drawn on them,” Nye added. “That’s where the aliens will be.”

Though the long-term ramifications of the findings are yet to be fully realized, Porter enthusiastically led a presentation about the recent findings, pontificating on the strategies and styles employed by the artists.

“Do you see how this giant schlong is nearly as magnificent in proportion as the entire man it belongs to?” Porter asked a large, gathered crowd of students and peers. “This is a level of civilized humor and levity we’ve not seen from this era since the discovery of the infamous Caveman Fart Jars of Gibraltar.”

The findings signal the end of a three-year project that was largely government-funded, much to the chagrin of many outspoken opponents of the research.

“The massive amount of resources poured into this research is alarming — especially when you take into account everyone already knew drawing an elk with a club-sized wang was always a winner,” said archaeologist Wesley Paige, one of the project’s biggest detractors. “We need to research the origins of actual mysteries: like where the hell that cool ‘S’ everyone drew on their notebooks in middle school originated.”