Dude Crowd Surfing Has Been Dead for Hours 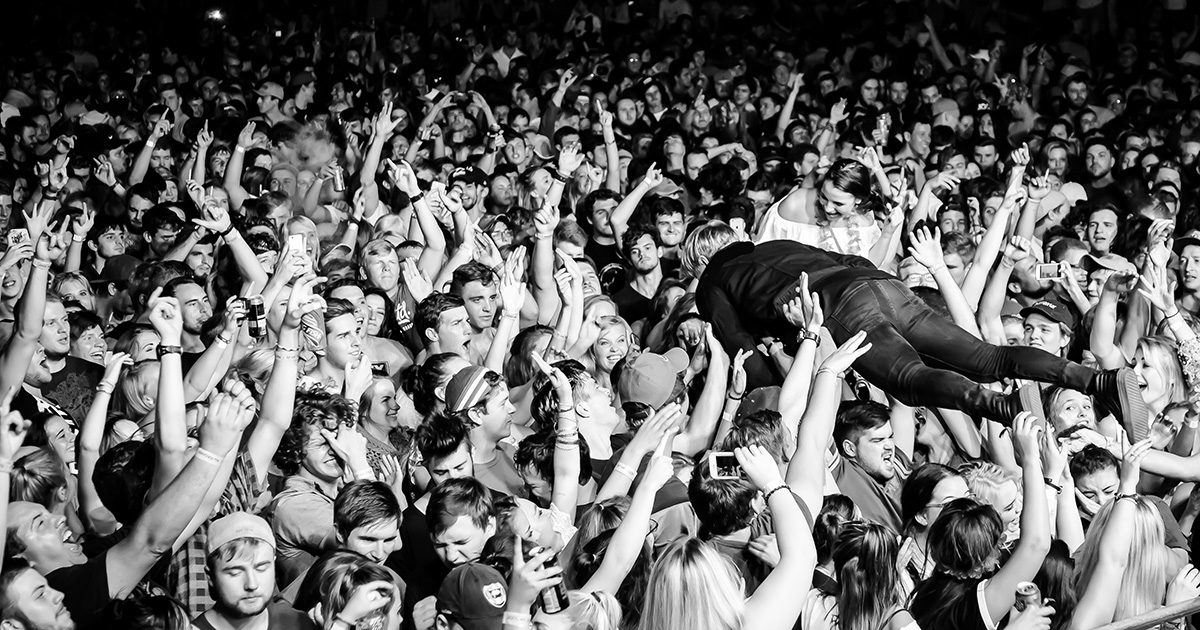 “Holy shit — that guy can really hang in there. He’s outlasted every stupid beachball in this place and shows no signs of slowing down,” said festival goer Deepak Mahbubani, marveling at the dead man’s crowd surfing technique. “That’s a dude who knows the secret, man: you just gotta go limp and let the flow move you. He’s even managed to stay up there between bands — that’s a level of commitment most people just don’t have.”

The body is rumored to be that of David Hearsh, a guitar tech who fell off the stage earlier today after inhaling tainted vape juice — an act falsely interpreted by the entire crowd as “being in the groove.”

“I’ve never seen someone just surrender themselves to the crowd so completely,” admired jam band fan Tricia Parker. “It was almost Christ-like. That guy is cold as a fish, and I’m pretty sure he shit his pants, but hot damn, can he surf a crowd. Security will usually help people down if they get too close to the barrier… but this guy has a way of navigating away from danger that I can’t quite comprehend.”

Medical experts were not surprised by the hundreds of drug-addled music fans oblivious to Hearsh’s cold touch and foul odor, the result of his heart stopping and his bowels evacuating themselves hours ago.

“When most people come in contact with a crowd surfer, they’re already frustrated by supporting a flailing sack of meat, and they immediately try to keep the person moving,” said Dr. Angela Weathers, one of the premier researchers of festival behavior. “In this case, the corpse has been passed along at such a rapid pace that nobody noticed there’s no longer life in his eyes. In situations like this, it’s best to just leave the body up there — if people become aware they’re handling a dead man, they could drop him to the floor and trample his body into mush.”

While Hearsh’s fellow stage hands are aware that he is dead, they reportedly consider him lucky, as his death means he can no longer hear 40-minute versions of “Fire on the Mountain.”