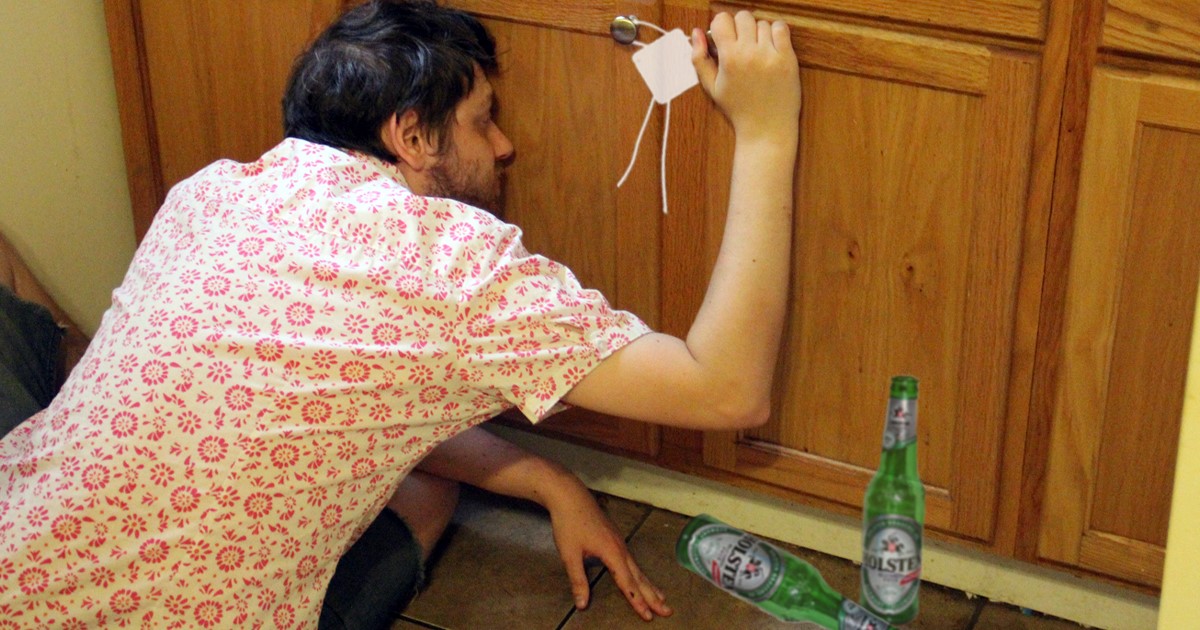 “We’ve already added corner guards, outlet covers, and baby gates throughout the house… but we still worry it’s not a safe environment for a newborn. Since none of our friends have kids, the only way to test out our home is by utilizing the second best thing: a drunken, clumsy, 32-year-old doofus,” said the expectant father. “Within the first 10 minutes of Mitch coming over, he pushed everything off the kitchen counter, demanded we help him make a pillow fort, and pissed his pants. That’s when I knew we made the right choice.”

Although she eventually came around, Christine admitted she was initially skeptical of Mitch’s soused and unknowing services.

“Mitch opened my eyes to so many hidden dangers in our home — like how we need to lock the fridge because drinking straight maple syrup can be very dangerous for both toddlers and liquored-up buffoons,” said the mom-to-be. “Mitch even cried until we put on his favorite TV show. Just replace ‘Storage Wars’ reruns with ‘Paw Patrol’ or something, and that’s pretty much exactly what it’ll be like to have a kid.”

The Pinners were so overjoyed with the results, they even recommended Wozinski’s “services” to Christine’s co-worker Tammy Galvan.

“I love kids and can’t wait to be a mom,” said Galvan. “I just felt like I needed a bit more practice before I was comfortable with my own child — I thought maybe I could carry around a watermelon and use that as a stand-in, but it just wasn’t the same. So I got Mitch super wasted… and he was a perfect test for me. After he had an accident, I cleaned him up and replaced his pants with a diaper. And when he wouldn’t stop crying about his ex-girlfriend, I swaddled him on my bed and he fell asleep instantly. I think I’m ready.”

At press time, Wozinski was privately terrified he may have drunkenly prostituted himself the previous evening after remembering entering a strange couple’s home, blacking out, and waking up with a wad of cash in his pocket.