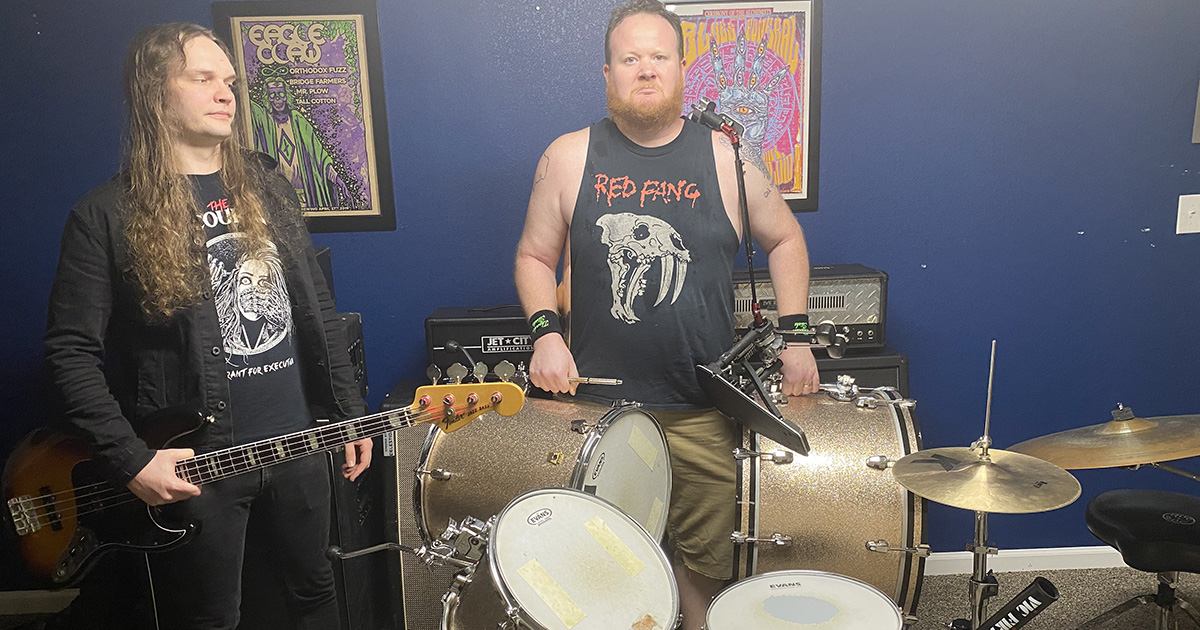 SYRACUSE, N.Y. — Drummer Aaron Kelmer delayed the photo shoot for his band Baskerville today by insisting on posing alongside bandmates while holding his entire drum kit, impatient witnesses at the scene confirmed.

“Why should I just hold my sticks?” said Kelmer while struggling to maintain his grip on the precariously stacked armful of drums, cymbals, and hardware. “By that logic, the guitarists should just hold their picks, and our singer should have a rolled up mic cord. Everybody else is posing with their instruments, and I’m not about to be left out. And I’m not talking about setting up a single snare in front of me; this isn’t fucking ‘Drumline.’ I’ve got a lot of quality pieces to show off. You think I bought these Vistalites for how they sound? Get real.”

Kelmer’s bandmates were disappointed, but not surprised.

“Honestly, it’s been the same mentality at practice,” said guitarist Warren Harris. “He has to touch each piece of his drum set at least once during every song. It’s like, no dude, you don’t have to incorporate the China cymbal into our whole set just to get your money’s worth. Every sound is a voice that colors a song with its own distinct personality. That’s why I just leave my whole pedal board on all the time.”

Others pointed out that competitive showmanship is common within a band dynamic.

“This actually happens a lot,” said professional event photographer Corrin Penarth. “Band dudes are worse than bridesmaids in terms of trying to outdo each other. I’ve tried suggesting other ways for [Kelmer] to signify that he plays drums — like holding up fingers to show that he’s counting to four, or taking his shirt off and sitting next to a giant fan — but nothing worked. I don’t even understand why bands want to pose with their gear in pictures. What story are we trying to tell? That the van broke down and you all decided to get out and jam in this cornfield? Just get a cool logo.”

At press time, the photo session was further delayed as band members left to retrieve their amp stacks.