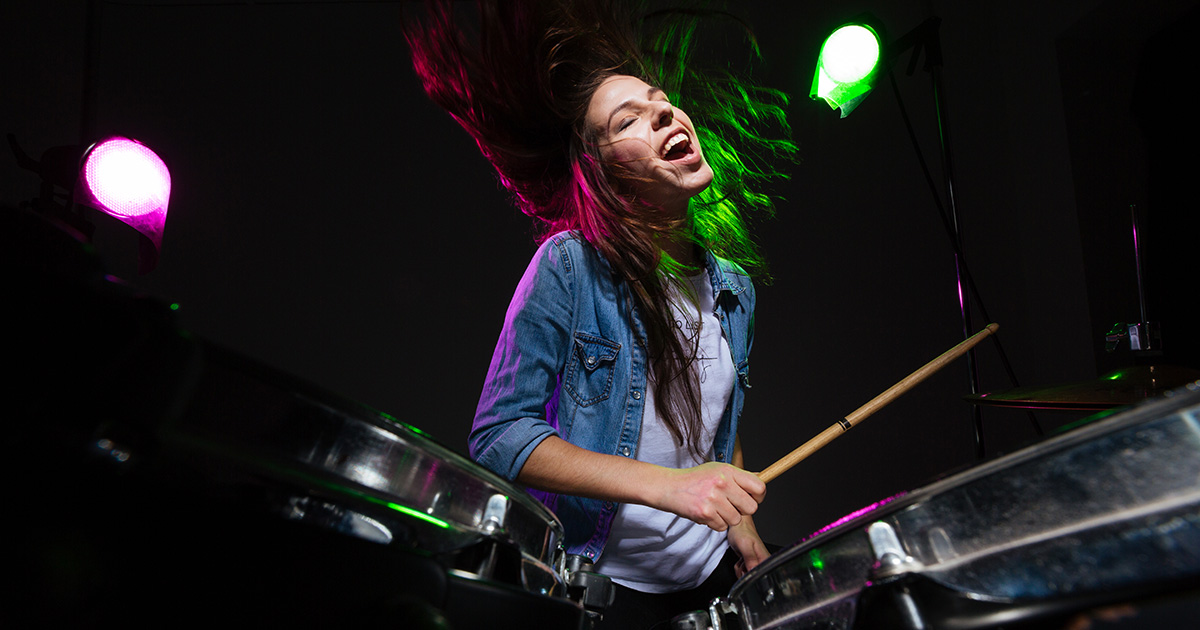 PHILADELPHIA — An impromptu drum solo performed by Dana “Quick Sticks” Ansen was “thoroughly enjoyed” by her, and her only, during a recent virtual show, sources directly involved with the solo confirmed.

“It was amazing! That solo made the whole show,” attested Ansen, drummer for the doom-math band Fibonacci’s Revenge. “I really channeled my inner Patty Schemel on that one. Usually I never get to do stuff like this during our sets… or at practice, for that matter. It felt good to not just bleed into the background for once.”

Despite Ansen’s exuberance, many, including online showgoer Penelope Swift, were indifferent to the eight-minute-long, mid-show cacophony.

“Oh, yeah. That was… fine,” said Swift while aimlessly scrolling through Instagram memes. “I mean, I stepped out to smoke for part of it, but the parts I did hear when I was washing my dishes in the other room were pretty cool, I guess. It probably could have been shorter, though — even an eight-minute guitar solo would be about seven-and-a-half-minutes too long, and in this case, it was basically just a girl switching between three or four different beats. So, yeah, it was great if you needed a minute to check your texts.”

For his part, Fibonacci’s Revenge frontman Ali Slothman was supportive of Ansen’s solo.

“She does so much for us, so we figured we’d throw her a bone and let her have her own solo. She’s been talking about it for a long time,” Slothman said. “You should’ve seen the look on her sweet face when we told her to go ahead with it. It’s not like it’d do any harm — people barely notice she’s there at all anyway, so why not let her feel like a real winner for a bit?”

“Just have to make sure she doesn’t get a big head about this though,” added Slothman, “we still need this goober to load out all of our gear after shows once those start happening again.”

Ansen’s parents are reportedly “very proud of their big girl.”