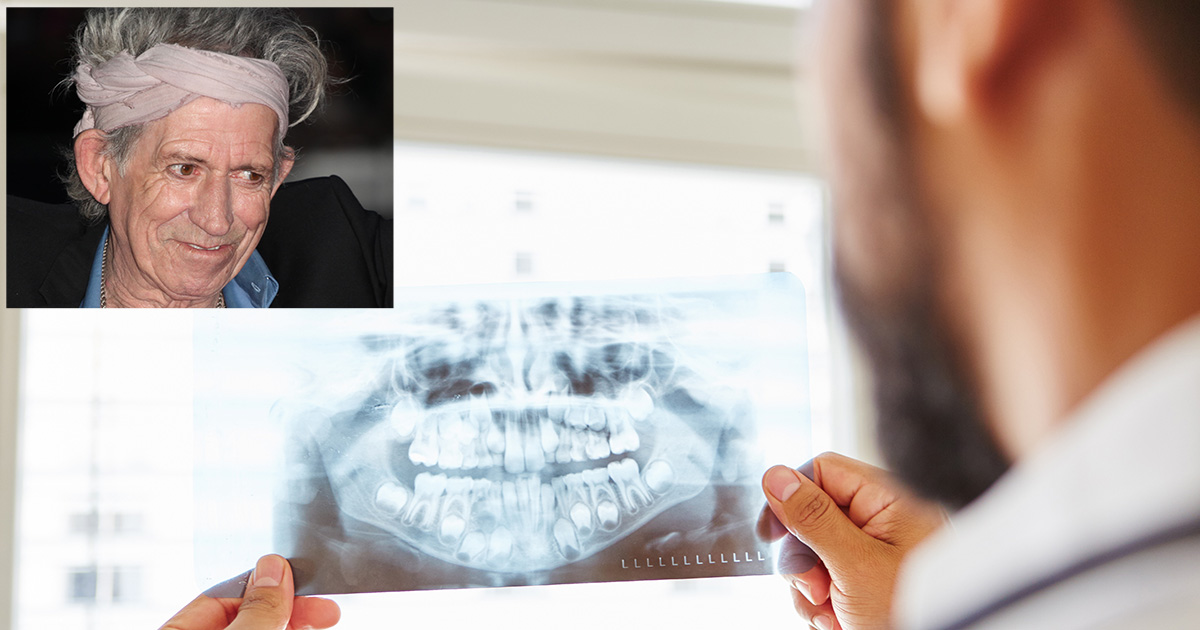 WESTON, Conn. — Local physicians used dental records yesterday to identify the body of legendary Rolling Stones guitarist Keith Richards during a routine visit, despite his being alive and in good health, witnesses who easily identified him themselves confirmed.

“It’s a medical miracle,” said Dr. Julia Pfiefferson, before asking Richards if he wouldn’t mind redoing his blood work after initial results appeared to come from a predeceased human. “He told us he didn’t have his ID on him and we couldn’t make out anything he was saying, so we had no choice but to bring in our forensics team to confirm his identity via his chompers. Evidently, these insurance companies need to be absolutely positive they’re charging the outlandishly exorbitant fee for a basic physical to the right guy. They claim the price-gouging would be unethical otherwise.”

The 77-year-old guitarist was unsurprised by the unusual process.

“A cardiologist once had to bring in a family member to visually identify my, what he called, ‘fully functioning remains’ before he could perform an EKG,” said Richards before emptying his ashtray into a much larger nearby one. “It’s kind of a bummer that less and less people recognize me in doctors’ offices and places of business that require an ID, now that Boomers are starting to retire from these jobs. All these young folks just don’t understand that I am an absolute legend to their grandparents. Bloody wankers.”

Experts chimed in on the current state of the medical industry.

“Many hospitals do not get proper funding and are often ill-equipped with modern technology, so something as simple as verifying a patient in their system can be a total nightmare,” said medical professional Chelsea Langerhoff. “It’s almost like it would be worthwhile as a society to redirect tax money to properly fund the healthcare industry and then let taxpayers freely benefit from the care they’ve already monetarily contributed to — sort of like a pay-it-forward system that’s there when you need it, instead of just allowing citizens to go bankrupt over an appendicitis because they didn’t happen to have one of those jobs that offers healthcare. Such a dystopian system.”

After his appointment, Richards was seen providing the medical results of his most recent colonoscopy to a liquor store cashier in order to prove his age to purchase alcohol.