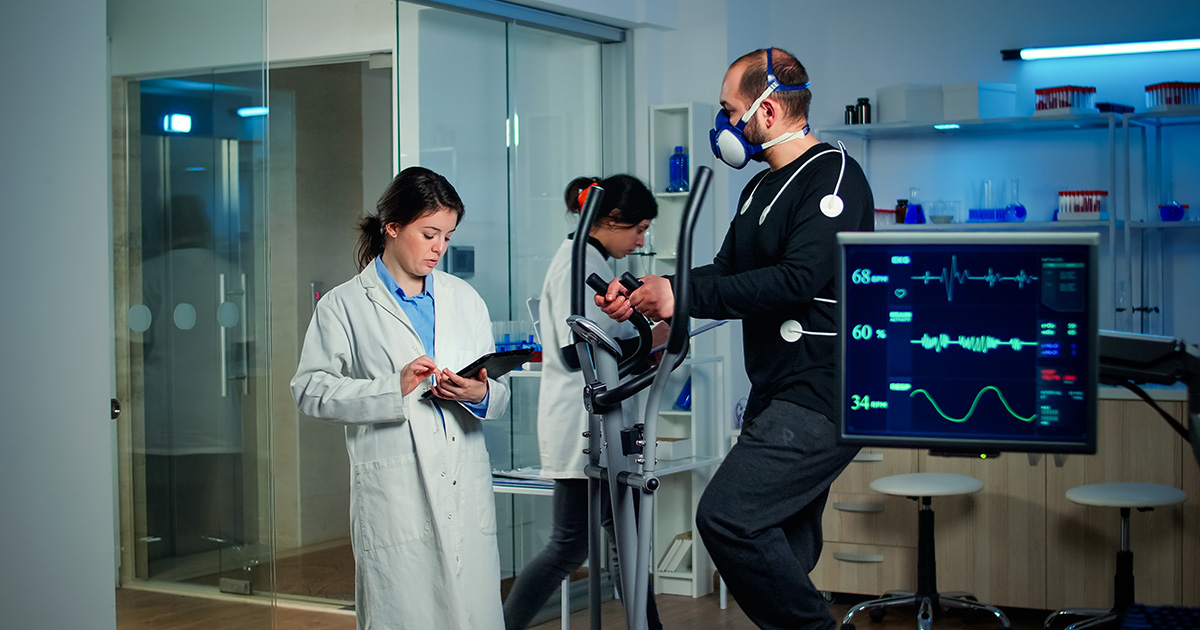 “Well, Mr. Crimson came into the hospital complaining of an unusual finger cramping in his left hand,” Dr. Slayton, lead cardiologist, explained. “So we hooked him up to the EKG machine which is a routine procedure, and that’s when we noticed his unusually intricate, seemingly off-time heartbeat. The entire staff didn’t understand what was going on, it just didn’t sound good…but it also did at the same time? A lot of 50 year old dudes who were waiting for prostate exams seemed drawn to the sound of the EKG machine. We tried shocking his heart back into a more traditional rhythm, but to no avail.”

Prog rock fan Harold Crimson finds there’s nothing out of the ordinary about how confusingly off-time his blood pumps through his body.

“I’m not sure why all these egghead doctors are so shocked at seeing an EKG this complex, I mean, after all, they are supposed to be highly educated,” Crimson stated. “My 11/8 heartbeat and pulse is just a natural progression in the evolution of man. I understand not everyone can comprehend the intricacies of unconventional time signatures and tempos like a sophisticated prog fan such as myself, but soon medical science will prove that dweebs like me reign supreme on a molecular level.”

Professor Peter Obrero at Johns Hopkins University spoke about other medical abnormalities that coincide with the person’s musical preferences.

“Mr. Crimson’s bizarre heartbeat isn’t really that bizarre at all, actually,” Obrero said as he put down his Tool LP he used for reference. “In fact, one guy who was such a fan of the band Goblin would literally walk with his steps in all sorts of whacky polyrhythms. And it doesn’t only happen with prog fans. There’s been a couple instances where grindcore fans have had EKGs registered at 220 BPM and doom fans registering at 10 BPM. How any of them are still alive is a medical marvel.”

At press time, Mr. Crimson was spotted trying to alter the timing belt inside his car’s engine to match his unusual heart beat rhythm.