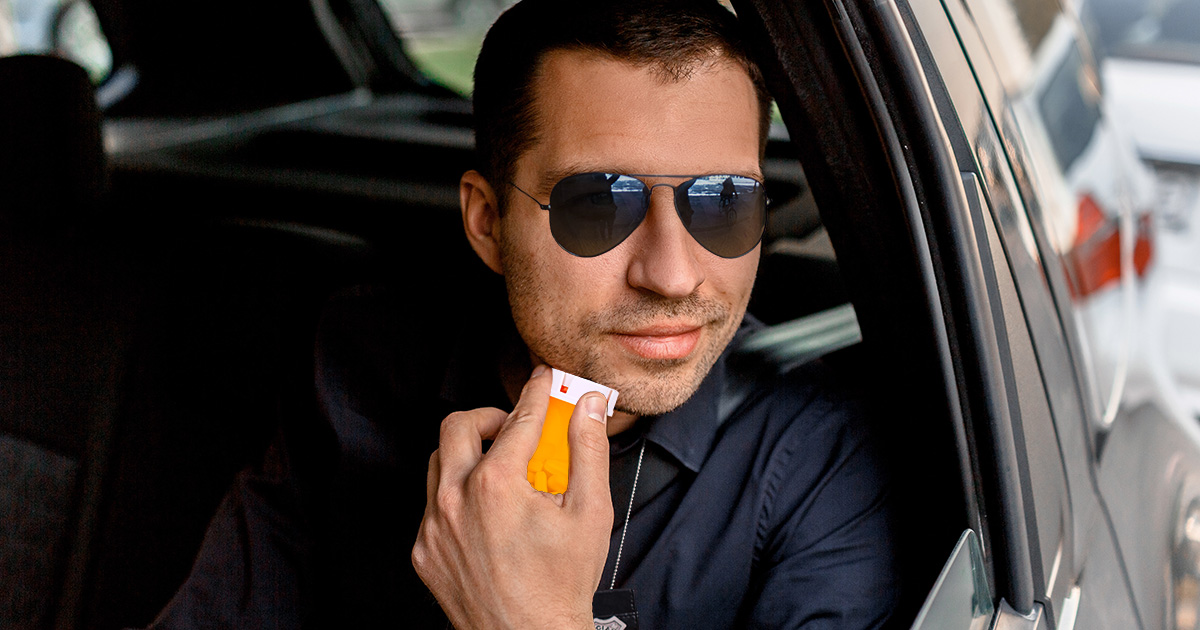 BROOKLYN, N.Y. — Local doctor Elvin Grant advised a hardscrabble down-on-his-luck police detective to exclusively take their medication aggressively and by the fistful in the back of a cab, concerned sources confirmed.

“Not every patient has a schedule that allows them to take medication in the traditional manner,” said Dr. Grant. “The patient in question, Detective Martin Jones, is a no-nonsense cop who plays by his own rules, but you know what? He gets results. I knew we would have to try something unconventional in order for him to actually take these pills. Marty told me that he’s constantly waking up in strangers’ beds with a bottle of whiskey by his side and that he lost his license after driving through a fruit stand to catch a perp, so I felt the best intake strategy for him would be unregulated handfuls in moving vehicles after yelling ‘Follow that car!’ at the scared driver.”

Detective Jones said he’s thankful for a physician like Dr. Grant who understands that when you have a city to protect, there’s no time to plan your pills.

“I appreciate Doc a lot. I’ve been on this beat since the days where you couldn’t do a house call without getting stabbed,” said Davis before taking a long drag of a cigarette. “You gotta remember, this was when you didn’t know if an old lady needed help across the street or if she was gonna pull a knife on you and take every last penny in your trenchcoat. You’d think that some little boy’s cat was stuck in a tree, but then the little boy, or even the stuck cat, pulls a knife on you and tells you to hand over your entire paycheck.”

“The city started to calm down when we dismantled that illegal knife-distribution ring,” added Davis. “But I can barely handle the reflection I see in the mirror, let alone a regimented medication schedule.”

Despite this, Dr. Grant is currently under investigation for malpractice.

“I reviewed Jones’ file and it’s appalling that one of our physicians has been prescribing medication like this,” said Chief of Medicine Dr. Bill Rogers “I called the chief at Detective Jones’ precinct and he said Jones was the top officer. That is, until he started seeing Dr. Grant. In my professional opinion, this atypical medication intake has caused his hallucinations where he believes he’s in a ‘70s cop movie.”

At press time, Detective Jones reconnected with his estranged wife and daughter and will be playing shortstop at this weekend’s inter-precinct charity softball game.