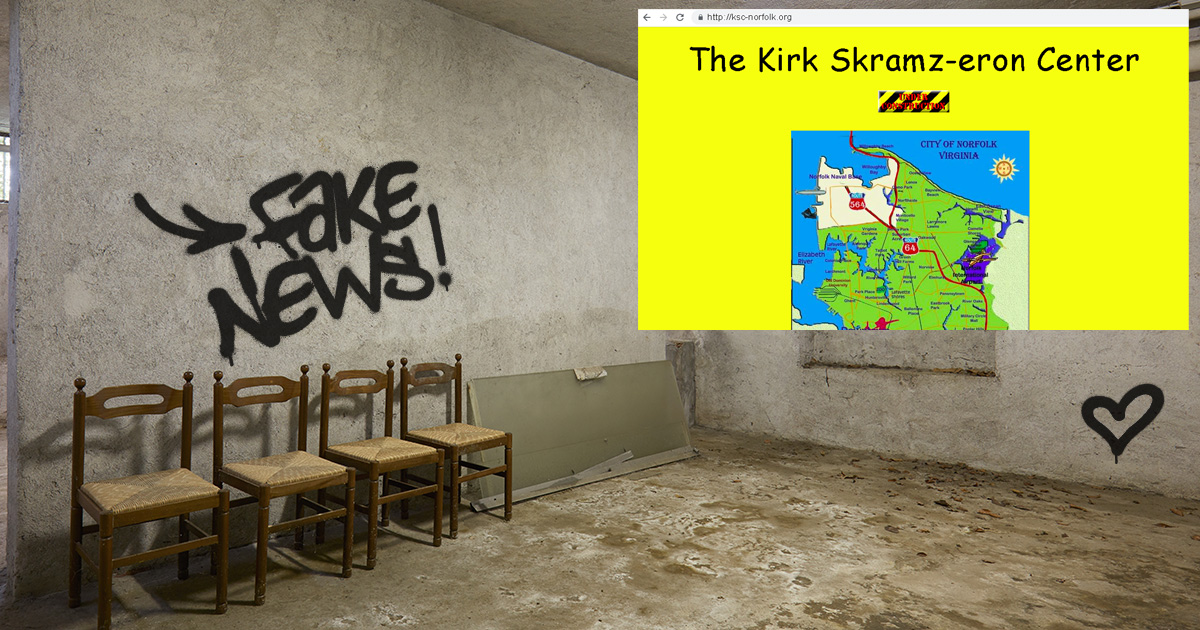 NORFOLK, Va. — The .org URL used by Norfolk DIY venue The Kirk Skramz-eron Center for Music and Culture blatantly misrepresents the level of organization behind the space, according to a new survey of both the local and national DIY scenes.

“Yeah… it’s rough there,” said Marty Powell, a former organizer and roommate at the space who recently left abruptly. “When I first got there, I expected it to be a whole thing… but it ended up just being this dysfunctional couple running shows out of their basement. And all they do is fight over everything, and then do whatever they want behind the other person’s back.”

“You can’t just call your relationship an organization,” added Powell. “It’s not right.”

Indeed, touring musicians have their own complaints.

“When I got into town, the only people I found at the house were members of three other touring bands expecting to play that night as well,” said folk artist Sonja Garrett. “It turns out they triple booked the basement that night, and didn’t even have the decency to tell us in person. We were also told there would be beer, but the fridge was chained shut.”

Following the survey, the supposed organizers of the venue challenged the accusations of disorganization.

“Just because people don’t understand how we operate doesn’t mean we are not an organization,” said Elena Swanson, half of the booking and venue management “team.” “If these accusations hold, the venue may have to change the URL immediately, and we really don’t have the money or technical know-how to handle that. I mean, we just had a board meeting last week to talk about a plan. I couldn’t get there because I was train hopping, but I’m pretty sure it happened.”

“I can show you the minutes. Just give me a second,” added Swanson as she rifled through a pile of used fast food wrappers.

“Oh, the board meeting? Yeah, I couldn’t make it either,” said Ricky Caldwell, Swanson’s partner. “But I’m pretty sure Elena was there, which means 50 percent of the board made it. And that’s quorum, I think. Or is it quota? I never actually read Robert’s Rules of Order. I’ll get to it next week.”