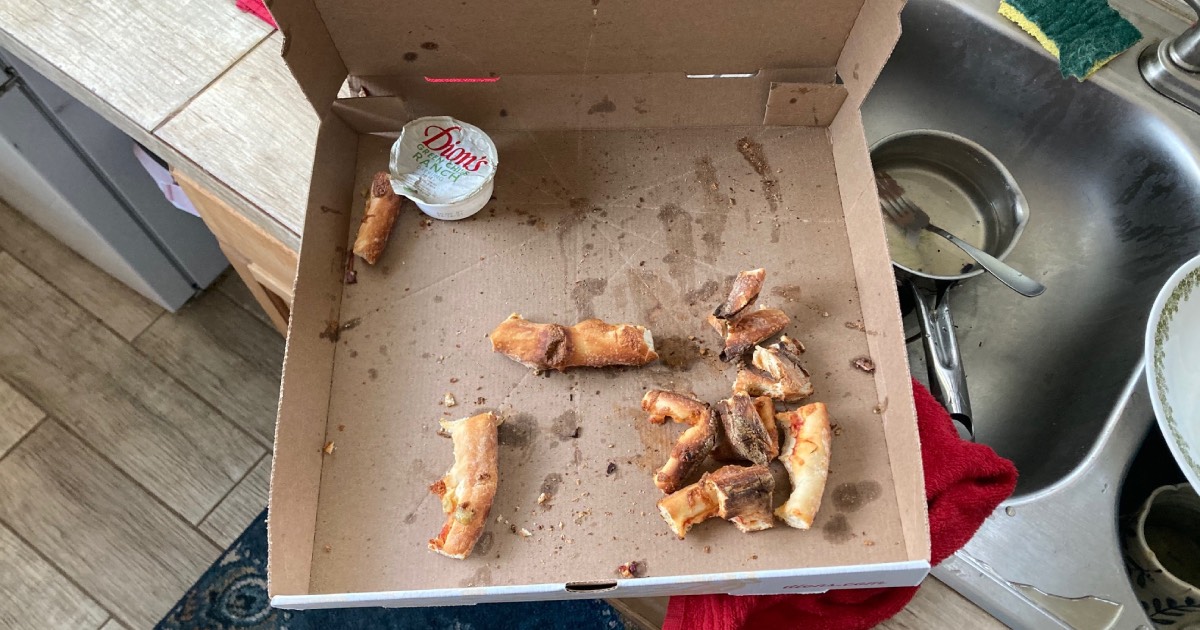 BERNALILLO, N.M. — The abandoned crusts on a medium, two-topping pizza purchased and eaten yesterday evening were seen in an entirely new way late this morning, sources with basically nothing else in their kitchen confirmed.

“I’ll be the first to admit — I got a little cocky,” said pizza buyer and remorseful woman, Naomi Marks. “The dough on the pizza here is pretty thick, and I had a whole medium to myself, two sides of ranch, and a fuck ton of Pepsi so I figured I didn’t need those shits and I tossed them off like I was some kind of Golden Ages king or something. If I had known I would be crawling back to them the next morning I wouldn’t have thrown them on the floor that I haven’t swept in months. I regret not eating the crusts in their prime because I would have probably been stuffed enough to save two full slices which I could have reheated nicely, and things would have looked really different for me today.”

Despite claims that she had no choice but to eat the crust as there was little else to choose from the apartment, sources close to the matter report otherwise.

“We definitely have several pounds of rice, beans, and potatoes, and I definitely saw her reach over two avocados and a bowl full of apples to get to her literal garbage food,” stated Marks’ roommate and eye witness to the sad display of single womanhood, Desi Montoya. “The pizza crust was so hard she had to suck on the ends of them to soften them up to chew, and I’m pretty sure I heard her chip one of her molars. Fucking animal.”

“There is absolutely no shame in resorting to food you all but threw away just hours earlier — just look at all the reboots of 80s movies. It’s exactly the same thing,” said guy who regularly revisits barely eaten containers of hummus two months after opening them, Barett Lee. “Plus, doing this saves the environment and is just the more fiscally responsible move. It’s like a savings account, but for food. It’s actually kind of like a hack, if you think about it.”

At press time, the once-forgotten pizza crust was overheard calling her therapist, wondering why she keeps giving people so many chances.