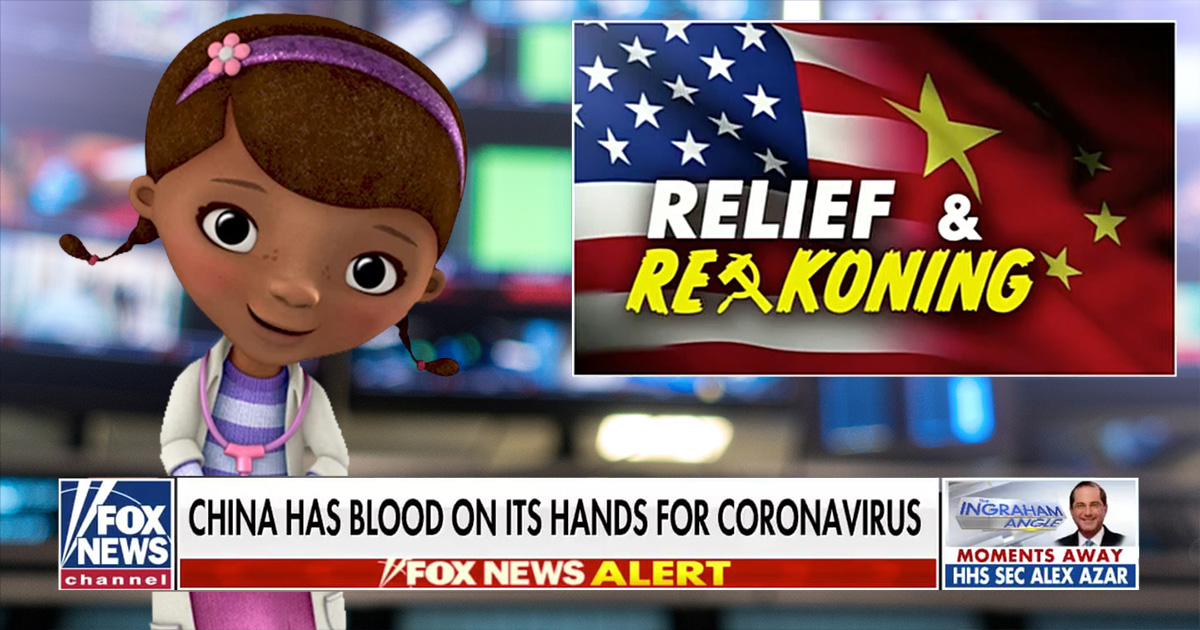 BURBANK, Calif. — Disney executives have come under fire for shocking statements made last night by animated television star Doc McStuffins during a Fox News roundtable discussion about the COVID-19 pandemic.

“Disney does not stand for the profanity-laced, insensitive, racist comments made by Ms. McStuffins,” Disney spokesperson Rachel Jorgensen said. “Her disgusting assertion that the ‘gross fucks with the bat flu deserve to die’ is not in line with company values, and we wholly disavow her statement. And myths about Bill Gates manufacturing this pandemic to take over the global healthcare system are not only baseless, but dangerous to be spreading to her audience.”

Fans of the show who once looked to McStuffins for advice are now speaking out about her comments and the harm they’ve caused.

“I’m just so disappointed that someone I trusted so much could say such things,” said six-year-old fan of the show, Maria Thompson. “I’ve watched her for most of my life, and she just always seemed so trustworthy and knowledgeable on her show. But after hearing her spew such ignorant thoughts about coronavirus, I’m not so sure anymore. Her insistence on calling it the ‘China virus’ and then doing a bad Chinese impression was way out of line. I will not be watching her show any longer.”

McStuffins, who lost her medical license in 2009 following a kickback scandal, responded to the backlash earlier this morning.

“Fuck off. I owe you nothing,” said an agitated McStuffins from her home. “This is just one big media circus to distract from the big picture — they want to devalue the currency and implant biometric chips into us, but nobody is seeing that! We must reopen the economy and take back our freedoms we’re losing during this martial law bullshit. We can not let fear control us, and we must return our country to normalcy.”

McStuffins’ show, which just aired its series finale this last weekend, is still scheduled to have reruns shown on the network, although Disney is discussing giving “Caillou” the lucrative time slot.