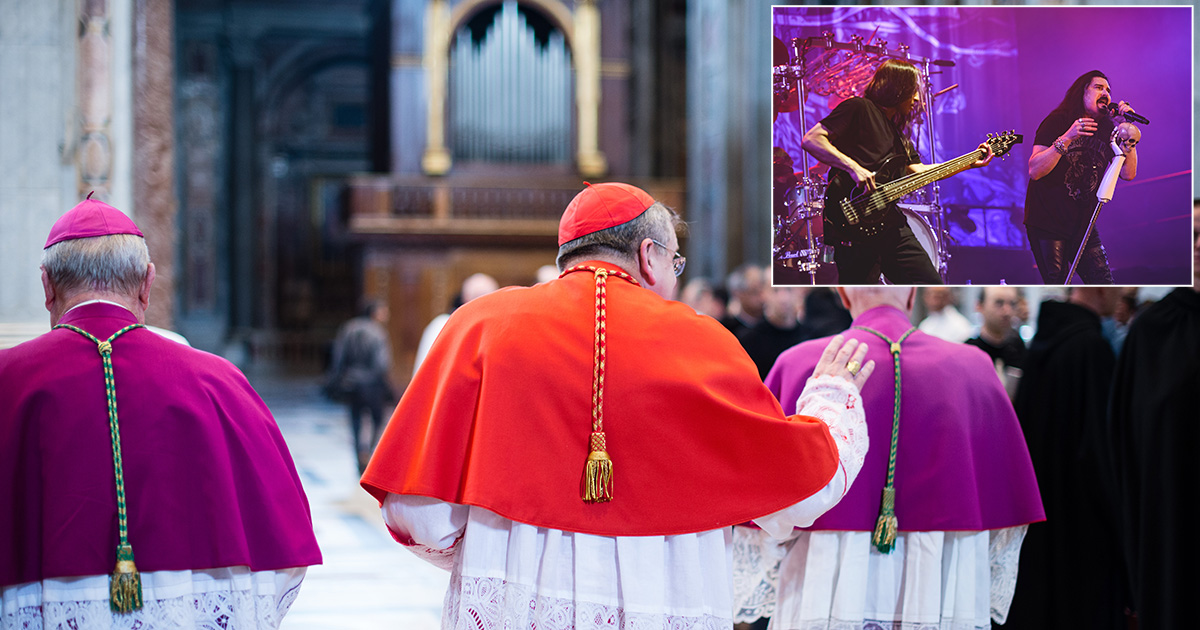 VATICAN CITY – The Catholic Church announced a new effort in which it will attempt to grow its ever-dwindling priest population by accepting a public display of fandom to prog-metal titans Dream Theater fandom in place of its usual vow of celibacy for new priests.

“Priesthood used to be a highly prestigious career. But thanks to a variety of societal shifts and some, small, mostly exaggerated, legal dustups over the past 20 years we haven’t seen as many people called by God to be priests,” stated Cardinal Juan Peña, who was reportedly moved between parishes approximately 16 times before becoming a Cardinal. “But to fix the problem, we are loosening some of our requirements for the priesthood. If you have attended at least two Dream Theater concerts and posted on Facebook about your love of the band, you don’t have to take the traditional vow of celibacy. They’re functionally equivalent anyways.”

Dream Theater fans are surprisingly jumping at the invite from the Holy See.

“I thought I would have to be satisfied simply judging people for their music tastes all my life- turns out I can judge their souls too? Sign me up,” said hardcore Dream Theater fan and permanent virgin Derek Kreiss. “Most employers don’t understand my skillset anyway. Every interview I’ve had involves me explaining how I can air drum to all 24 minutes of ‘Octavarium.’ No interviewer can fathom that level of talent so I leave. It’s nice that there is an institution that finally appreciates my abilities, unlike every person I’ve ever asked out on a date.”

Members of Dream Theater reacted with confusion and offense to the Vatican’s announcement.

“What the heck? I’ve almost had sex at least two times during my tenure with Dream Theater!” explained frontman James LaBrie. “Once, in 1998, I made eye contact with a woman backstage and it was electric. You could tell she was totally down but then her stupid girlfriend walked over and they left holding hands. I was THIS close. So I don’t really get this whole priest thing. But reviewers have compared some of our albums to sitting through an entire mass so I guess it makes sense.”