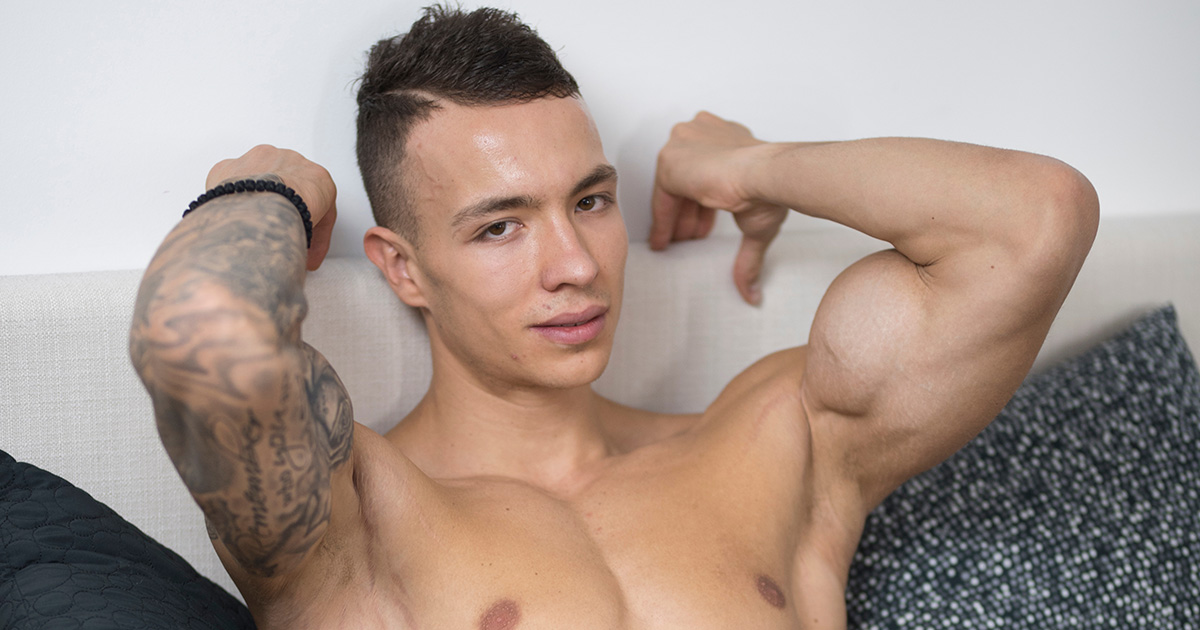 “It’s ok, I suppose, but it doesn’t really fix my problem,” Clark said. “Now I just have to buy new clothes, which means I have to leave the house, which is a nightmare given my mental health. Then again, being hotter does make my depression more credible in the eyes of jaded medical professionals. I guess they think, ‘well, if someone this jacked is reporting 24/7 ennui, it must be real’.”

The designer of the weighted blanket, Lucinda Frahm, offered her insight on the unintended perks of the product.

“The weighted blanket isn’t a revolutionary idea, really,” said Frahm. “We basically saw what works to keep dogs calm during thunderstorms and upsized it for humans. During clinical sleep studies, we realized it was effective for treating certain sleep and anxiety disorders. In the majority of cases, participants did get relief after using the blanket, though we had to keep increasing the weight because they got so utterly swole after so many sets of tossing, turning and sitting up to scream in their sleep.”

“When I first diagnosed Justin with clinical depression, I put him on a series of medications which weren’t terribly effective. Meditation, dietary changes…these things helped, but it wasn’t until I threw the weighted blanket at the problem that he started to feel better, though I did break his arm. I’ve been pleased to see his physical progress, and grateful for his help moving the furniture into my new office. His strength additionally will keep him from harming himself in certain ways, as it is difficult to cut through so much raw muscle.”

As of press time, Clark was using a sunlamp prescribed to aid in his seasonal affective disorder to tan his six pack.