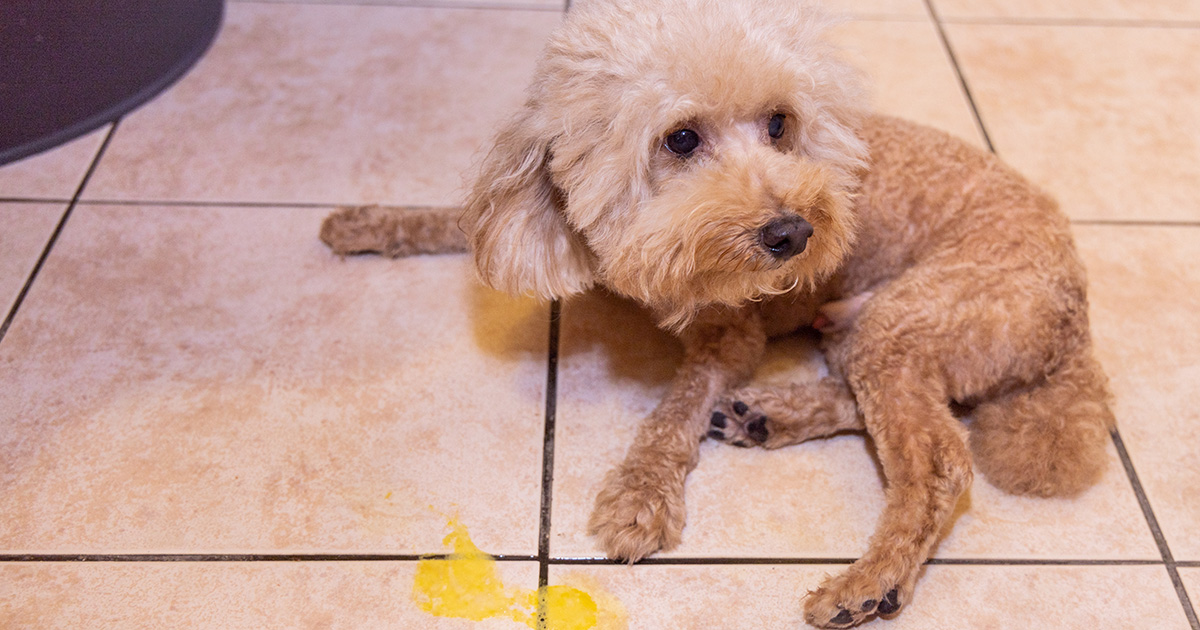 CHESAPEAKE, Va. — A local dog was left anxiety-ridden and unable to finish his pile of vomit yesterday after being abandoned at home by his owner yet again, sources close to the issue allege.

“Usually I like to eat every ounce of my puke while it’s still warm immediately after it comes up, but who could eat at a time like this?” asked Shadow, a poodle-mix rescue. “I don’t know if it’s just my avoidant attachment style talking, but every time he leaves the house, I know it’s for good. He grabbed his phone, keys and wallet, and told me he’d be back in a minute… and that was two days ago, I’m sure of it. Most canines can only go two to three days without water before succumbing to kidney failure. I don’t see the point of anything anymore.”

Despite Shadow’s melancholy state, his owner, Lucas Wagner, claimed that his dog is simply being “over-dramatic.”

“I was gone for 45 minutes,” said Wagner, carrying a bag of groceries into the house. “Where the hell is the carpet cleaner? We don’t even have a yard. How is he eating all this grass? I swear, every time I leave the house for more than 10 minutes, he thinks I’m never coming back and gets sick, and it always gets on my socks. And don’t even get me started on the bathmats. I heard having a dog is a good mood elevator, but I did not sign up for this.”

Wagner’s come-and-go-as-you-please attitude is “nothing new” according to Shadow, and has left the pup with severe abandonment issues.

“Sometimes I think it wouldn’t be the worst thing in the world if he left and never came back,” said Shadow, pushing the half-digested pile of grass and kibble around with his nose. “Just last week he pretended to throw my ball — the thing never even left his hand. I’m sorry, but that’s gaslighting. Just because I’m a rescue doesn’t mean I’m damaged goods.”

At press time, Shadow was mentally preparing his written will and testament as Wagner tied his shoes to go check the mailbox.