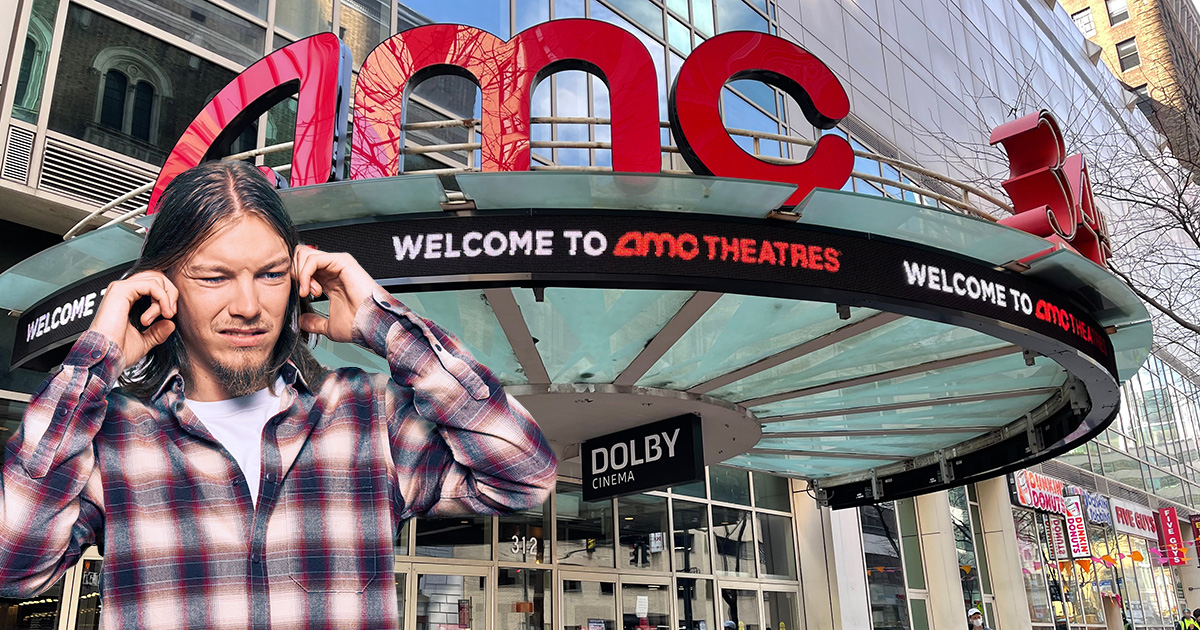 “I’ve spent countless hours standing inches away from 100 watt guitar amplifiers, and yet a kid’s movie at an AMC was by far the loudest thing I’ve ever heard,” said Young, rhythm guitarist in the OSDM band Presidential Assassin. “I was trying to be the cool uncle by taking my nephews out for the day. The trailers were so loud that a small trickle of blood emerged from my left ear after just a few minutes. My eldest nephew Aiden vomited into his Cherry Coke. I’m normally all for a sonic assault on the ears, but AMC is crossing the line. Doctors say I may never hear the nuance in my Boss HM-2 pedal ever again.”

An employee of AMC Theaters defended their choice to tailor the moviegoing experience however they see fit.

“Customers have so many entertainment options these days, but only AMC can give the explosive, immersive, ear-shattering experience of a multi-thousand watt sound system,” shouted AMC Theater operator and YouTube hearing aid reviewer Lorenzo Rowena. “You’ll feel like you’re literally in the helicopter while watching ‘Black Hawk Down,’ except the characters on screen actually wear hearing protection. You have to bring your own if you don’t want to incur decibels worth of pain.”

“On one hand, AMC Theaters and their competitors are setting movie volumes so loud that they are definitely causing hearing damage, but on the other hand, it’s driving so much business to my office,” explained Cleveland audiologist Dr. Pamela Itzkoff. “Guitarists usually know how to position themselves to avoid damaging volumes, but moviegoers don’t stand a chance. Admittedly, my profits took a dip whenever Apple started adding max volume settings to their devices. But AMC is blowing out eardrums and racking up hearing aid sales like no one has before. I’m booked through next June.”

As of press time, Young’s health woes worsened upon the discovery that he is experiencing pancreatic failure after having multiple refills at the Coca-Cola Freestyle machine.