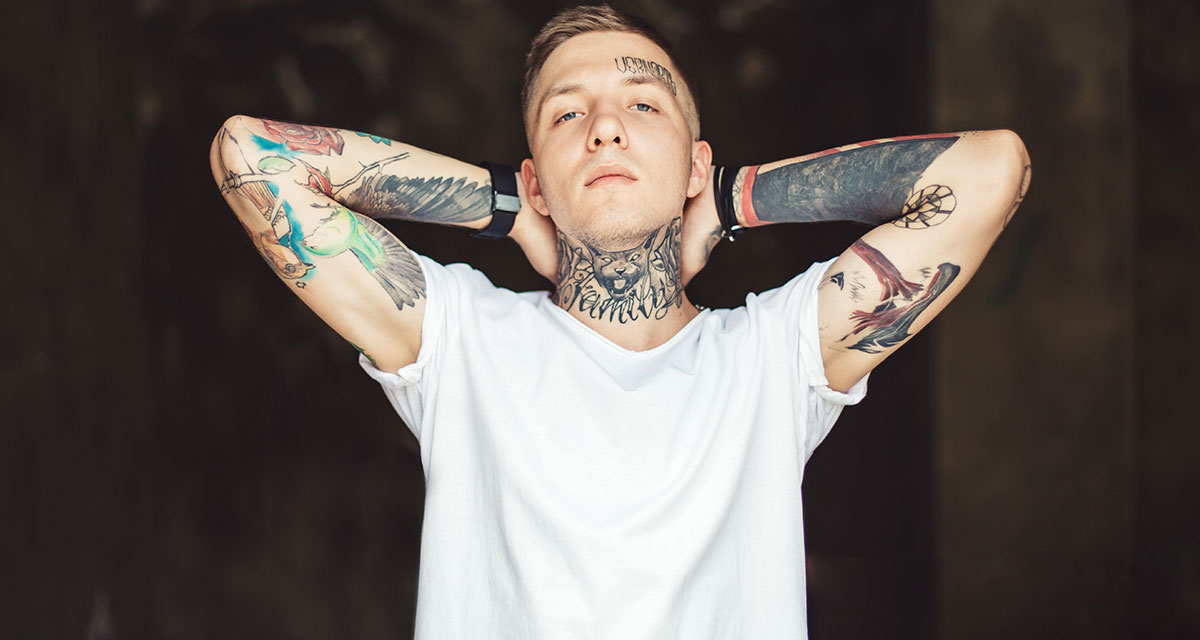 According to sources within the Seattle tattoo community, the artists’ refusal to accommodate the harsh, experimental tattoo has less to do with doubts of commitment and more to do with personal boundaries.

“I never turn down a job. I’ve done gang signs, swastikas, QAnon stuff, weird anime shit, you name it — hell, I’ll tattoo someone’s name on your neck after a first date. But doing a fucking Death Grips tattoo is against everything I stand for as a human,” said local tattooer Damien Carwin. “Just thinking about having to make the stencil and spending time writing out that group’s lyrics makes me nauseous and gives me a headache. Sorry, buddy. Get a friend to stick-and-poke that atrocity on you.”

“As one of the oldest Death Grips fans around, I’ve seen this story countless times,” said Alan Bostick, 29. “Ambitious fans try and try to show their devotion to the world’s most raw hip hop group of all time, only to be denied by the tat establishment. They’ll fight the good fight for a little bit until giving up and settling for another eyebrow or nipple ring. I hate to see it.”

Compounding his frustration, Young claimed that no insurance company will cover his 1994 Acura Integra until he removes the dozens of Death Grips decals from the car’s bumper.