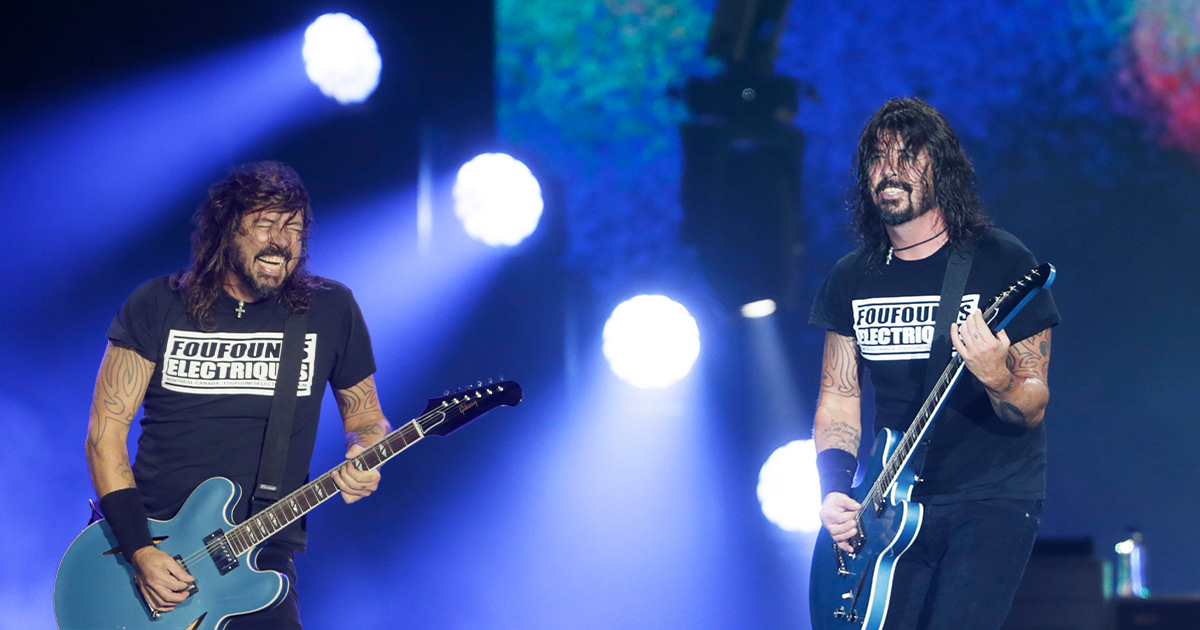 MILWAUKEE — Foo Fighters frontman Dave Grohl stunned audience members when he pulled a fan out of the crowd to play with the band who turned out to be Dave Grohl, confirmed multiple sources whispering “what the fuck is going on?” to themselves.

“It was the usual part in the concert where we got to a song that I’d forgotten how to play. So I start looking for any Joe-schmo that I can strap a guitar to and make his goddam life,” said Grohl while decompressing backstage. “I went up to the barricades to grab a random hand and all of a sudden this handsome guy is yelling random facts about obscure punk bands from the 80s and I realized it was me, just in the crowd. It was the strangest thing. I turned around to show Taylor but he wasn’t at the drums. I was? I guess I had taken over drumming duties that night too. I’m still trying to wrap my head around it.”

The lucky audience member, also Dave Grohl, did not seem to mind the physical anomalies occurring at the Fiserv Forum and was just happy to play with his favorite band.

“It was one of the best moments of my life. Ever since I started the Foo Fighters, I’ve followed them religiously. They are my all-time favorite band, and I’m my all-time favorite musician,” said the second Grohl from the tour bus. “Of course, I was playing ‘My Hero,’ with my hero—me. The only downside is that I would have loved to meet Nate, but when I got a little bit closer it turns out I was also filling in on bass that night.”

In a breakdown of the historic moment, leading Foo Fighters fan blog, Big Zine, noted that this is the first time in the band’s storied career that multiple Dave Grohls have shared the stage together.

“Just because this was a general affront to the laws of physics we shouldn’t ignore how this was exceedingly rare collaboration,” stated blog editor Dave Grohl. “It was certainly one of the most memorable performances in recent Foo history and will go down as one of the best ever. The genius of this show is in its showcase of secret weapon Dave Grohl, long considered the unsung hero of the group.”

When asked about the possibility of future Dave Grohl team-ups, Grohl hinted that there may be more to come, stating that he enjoyed playing with himself in front of an arena crowd and hopes to do it again.