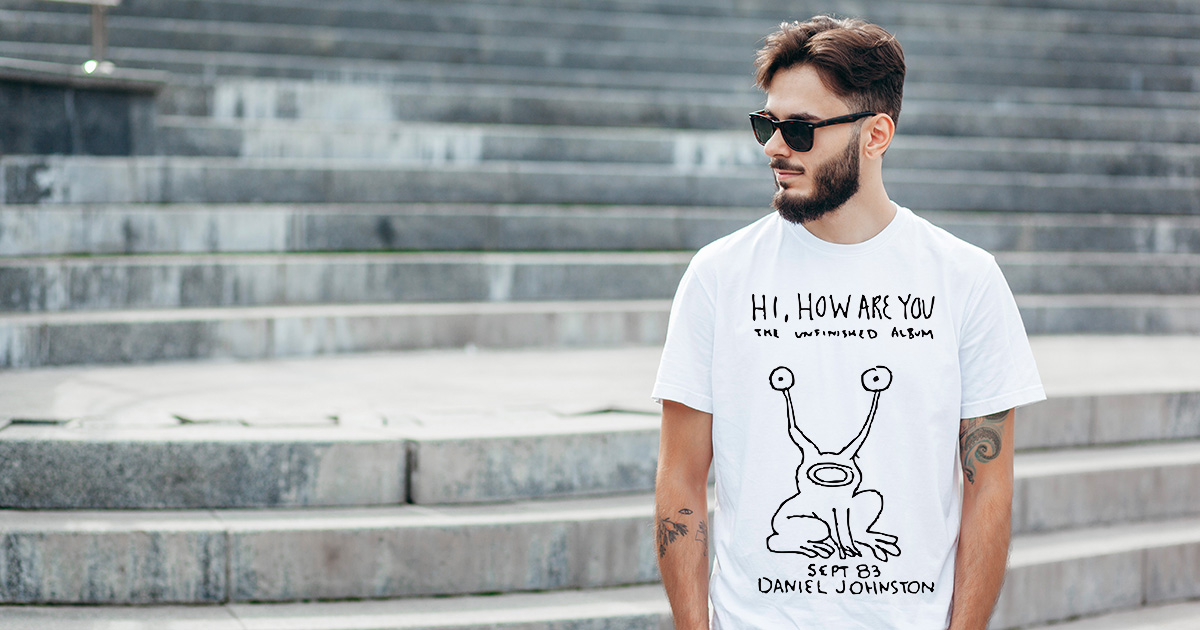 AUSTIN, Texas — Lester Bowen, a supposed diehard fan of eccentric singer-songwriter Daniel Johnson, admitted today that he only got into the late musician because of the ‘Hi How Are You’ T-shirt popular in the ’90s, annoyed friends report.

“OK, yeah… I’ll admit I bought the shirt because I saw [Kurt] Cobain wear it before I knew it was even related to Johnston,” Bowen said. “Then some guy at college called me on it, and I had to pretend that I loved Johnston’s music. But when I finally actually heard his music, I knew I was fucked — it’s so bad, it sounds like a hamster yelling into a broken dictaphone. I was going to come clean last year, but then the dude had to up and die, so I had to post his awful music all over social media as a tribute.”

Bowen’s friends were particularly upset by the revelation.

“I mean, that’s Lester’s thing — everyone knows he’s the Daniel Johnston guy,” said Pat Howell, Bowen’s former college roommate and friend of 25 years. “You mean all this time he’s forced me to listen to cassette tapes that sound like a drunk Kristen Schaal was because of a shirt?! He even dragged me to a Johnston show a few years back! That’s four hours of my life I will never get back.”

Music experts are very aware of what they call “The Johnston Phenomenon.”

Bowen now plans to only wear the shirt to his local coffee shop because a cute barista complimented it once, three years ago.