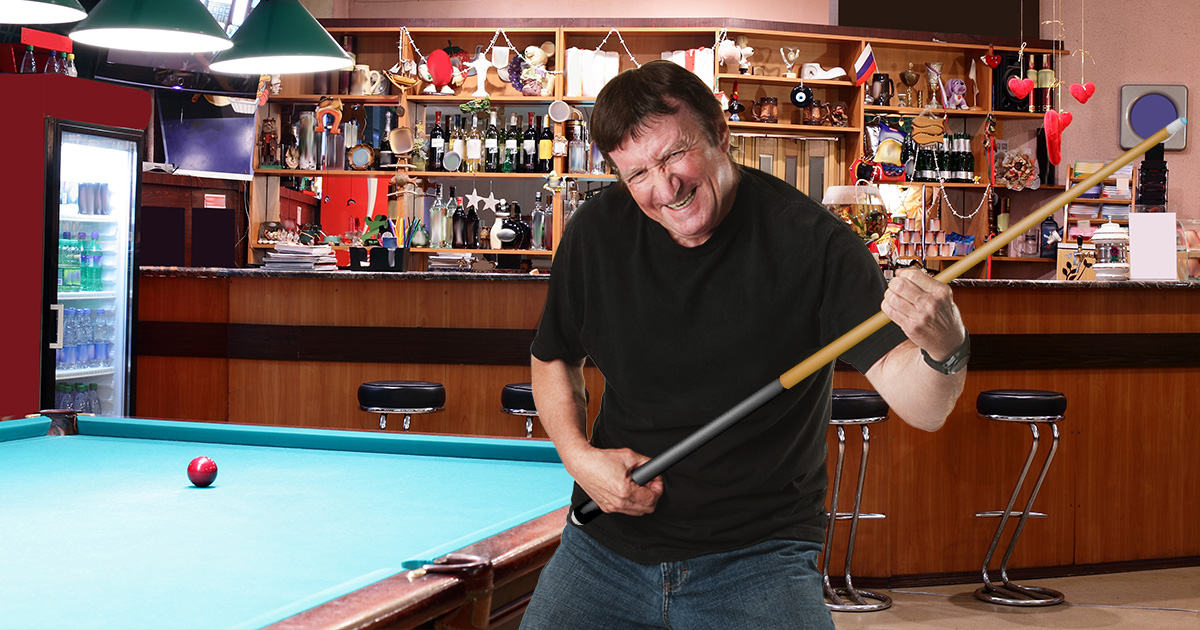 “Call it liquid courage,” Coleman said, gesturing toward his empty wine glass. “But when ‘Takin’ Care of Business’ came on the TouchTunes jukebox, I knew it was now or never.”

Coleman admitted he was initially hesitant about his carefree spontaneity, citing past experiences where his devil-may-care antics resulted in failure.

“There was the time I did Blues Brothers at karaoke,” said Coleman. “And the one time in the break room, when I dusted off my Sling Blade impression for everyone… the polite laughter was almost worse than silence.”

As Coleman sank ball after ball against his daughter’s new fiancé, however, confidence began to overtake self-doubt. Ultimately, Coleman let fate decide how he’d be remembered.

“I said to myself, ‘Carl, if you miss this shot, we go home like it’s just another day,’” he said of his plan to bank the six ball into the left corner pocket. “But, if you make it, we’re giving these people a show.’”

Witnesses were moderately delighted by the 53-year-old’s premeditated act of cutting loose.

“I think I said something like, ‘Alright, Dad,’ or, ‘Hey-hey, look out!’” daughter Bethany Coleman recalled. “I’m just glad he and Doug [Wentzki, her fiancé] are getting along.”

Not everyone, however, was amused by the antics.

“I don’t know why he was celebrating,” said End Zone regular Wendy Alvarez. “There were so many balls still on the table — I was waiting to play for, like, 30 minutes, and this guy was just noodling around and using the chalk to ‘tune his strings.’”

According to the elder Coleman, however, there are no regrets about the impulsive display of irreverence.

“All in all, I think it was received pretty well.” Coleman said. “I almost put on my sunglasses first, but I’m glad I stayed in the moment.”

At press time, Coleman was spotted moonwalking into a table, spilling multiple drinks.