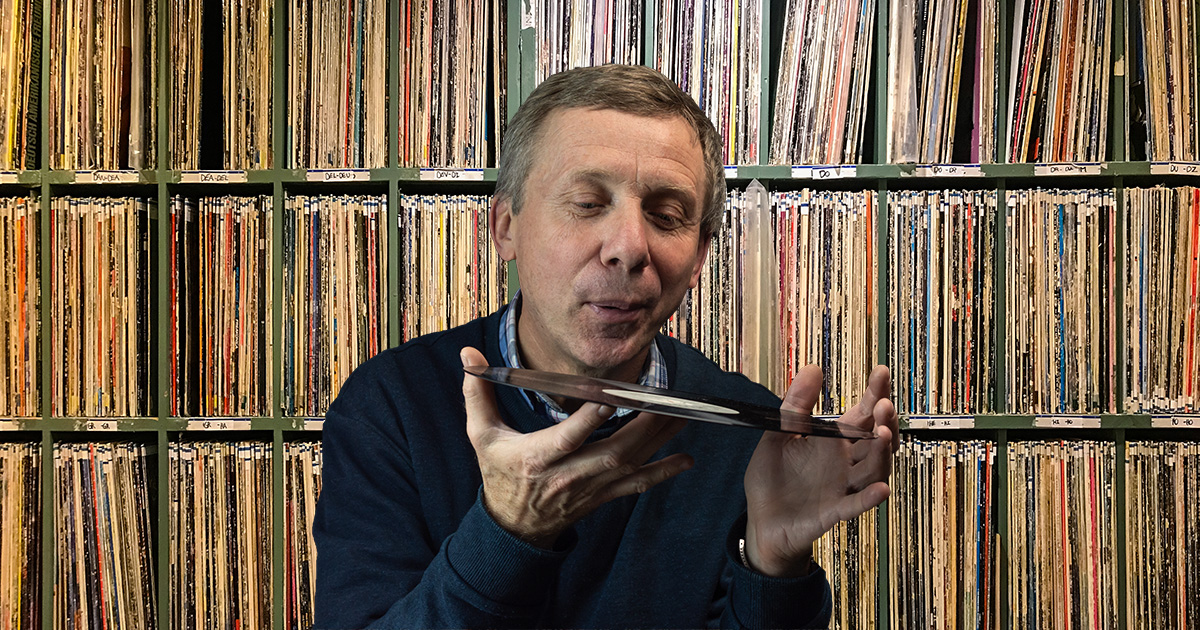 HAGERSTOWN, Md. — Local father Ron Merchant bought his daughter a record player so that the family’s hundreds of old vinyl albums would become her problem in a matter of years, generous sources confirmed.

“Julia’s a big music fan, so I thought a record player would be the perfect present for her twenty-second birthday,” said Merchant, dropping a box labeled “Aerosmith-Frank Zappa” outside his daughter’s bedroom door. “But mainly I needed someone else to deal with all these old records. I’ve been moving them from house to house, room to room for the last thirty years, and I just don’t have the energy. I work hard to give my kids a good life, the least they can do is store this crap so I can finally put a TV in the basement.”

Julia Merchant, Ron’s daughter, is intrigued by the present and by the experience of physical media.

“People my age can open an app on their phone and instantly hear any song ever recorded, so it will be fun to see what it’s like to use a record player, and clean the needle, and take up actual physical space in the universe for something called ‘Frampton Comes Alive!’” Julia Merchant explained. “I am a little concerned about the logistical details that are gonna be involved in keeping this shit with me until I have kids to dump them on, though. It’s kind of hard to enjoy the warm sound of vinyl when I’m worried that one of these boxes could fall on me at any second, and are probably crawling with mold.”

“Every day I have a bewildered idiot walking in here begging me to take some boxes of vinyl records, usually about a week after their parents were in here asking me the same thing. Which is why I don’t accept records anymore, but I take all the record players I can get,” Quiroz stated. “I feel bad for these kids; they don’t want the albums, and there’s no way to get rid of them. People used to dump them in the ravine by I-81, but the police caught on.”

At press time, a disillusioned Merchant left a box of dusty paperback books at the door of his son’s room.