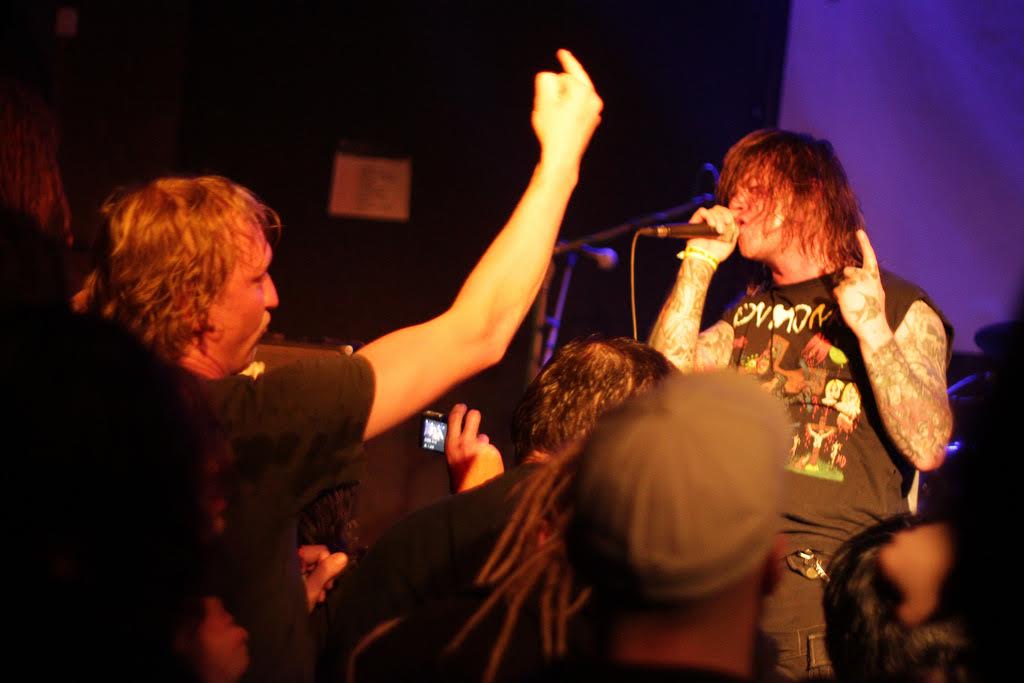 BALTIMORE, Md. – Speaking to a crowd of punks gathered in a basement for Baltimore’s annual “In Hate We Crust Fest,” promoter Chris Loys delivered a riveting speech on maintaining scene “unity and respect” through a microphone he stole from a friend’s house show just days earlier.

“We are all here because we are the outsiders. We need to support each other, and always stick together,” said Loys through the stolen, $125 microphone. “This is our scene, and even if some of us make mistakes, forgiveness is what keeps us together. Also, if you don’t have your hand stamped, please go back upstairs and pay your $12.”

Loys allegedly stole the badly damaged microphone out of desperation, knowing the DIY fest that boasted seven bands performing over a two-hour span would have wanted to use one of his own otherwise.

“The problem with punks today,” he continued while removing a tag on the microphone cable clearly marked “Property of Disaster House,” “is that we divide ourselves when we should be uniting to make this world a better place… through forgiveness.”

The tone of his speech seemed strange to showgoers, who were used to Loys’ usual take-no-prisoners attitude on social issues.

“I couldn’t quite place it, but it seemed like he had something on his mind,” said festival attendee Cindy “Zits” Wilmore. “Maybe he still feels bad after the whole dognapping incident last year.”

Loys, scratching his arm still raw from the “Never Forget, Never Forgive” tattoo he had given himself days earlier, concluded his speech by saying, “So, when you leave here tonight, remember to fight until your last breath for what you believe in, and also to… um… to let things go if they aren’t really, like, that big a deal and there was no better way to go about it.”

John Burns, the previous owner of the microphone, seemed unphased after discovering his property had been stolen, saying, “Whatever, man. I stole that microphone from Stupid Sam last year. I will just steal it back before I leave.”