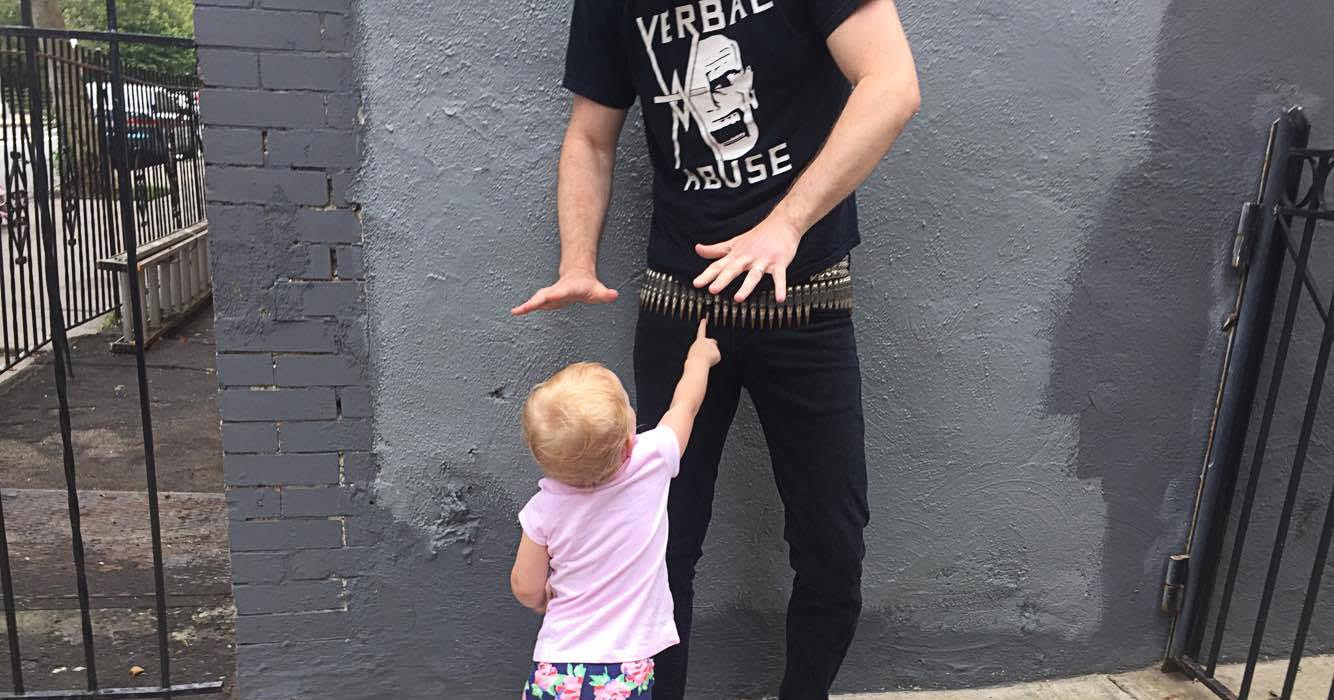 EUGENE, Ore. — Michael “Skunk” Stinson, a father, husband and drummer for longstanding D-beat band Dis-Sheveled and proud advocate for responsible bullet belt ownership, announced he is waiting patiently for the day when his kids will be able to safely touch his dangerous fashion accessory.

“It’s an issue I care about deeply. I want to teach my kids to both fear and respect this belt of bullets. It’s just a tool, that holds up the pants that I basically made myself,” said Stinson, locking the belt into a closet safe.

Stinson’s two daughters, Resistance, 7, and Defiance, 11, have expressed curiosity about their dad’s belt of used bullet shells, leading the young father to go to great lengths to educate his daughters on responsible bullet belt care and management.

“Kids can’t just be running around at the mall with these things! I know my kids, and I know they aren’t yet mature enough to wear these by themselves,” said Stinson. “The chance of it going off and their pants falling down in front of everyone is very high. As a father, that scares me.”

Rachel Camp, Stinson’s long-time partner and mother of Resistance and Defiance, said she respects her husband’s right to own his bullet belt, but still has reservations about how having it in the home could affect their daughters.

“Skunk is a great dad. I just don’t know why we need those types of belts in the house,” said Camp. “You know? Why not a studded belt? Or even a regular old belt from Nordstrom Rack or something? He tells me it is ‘his right as an American to wear bullets as a belt,’ and if he doesn’t ‘the government could come and pull his pants down at any moment.’ But statistics show you’re much more likely to intimidate a member of your family with a bullet belt than a cop or a yuppie. It just seems crazy to me.”

Stinson is firm as to when he will let his daughters follow in his belt-steps. “In my house, if you wanna wear a bullet belt, you better be in college or working. That’s just the way it’s gonna be. I may be a guy named Skunk, but I’m not irresponsible.”