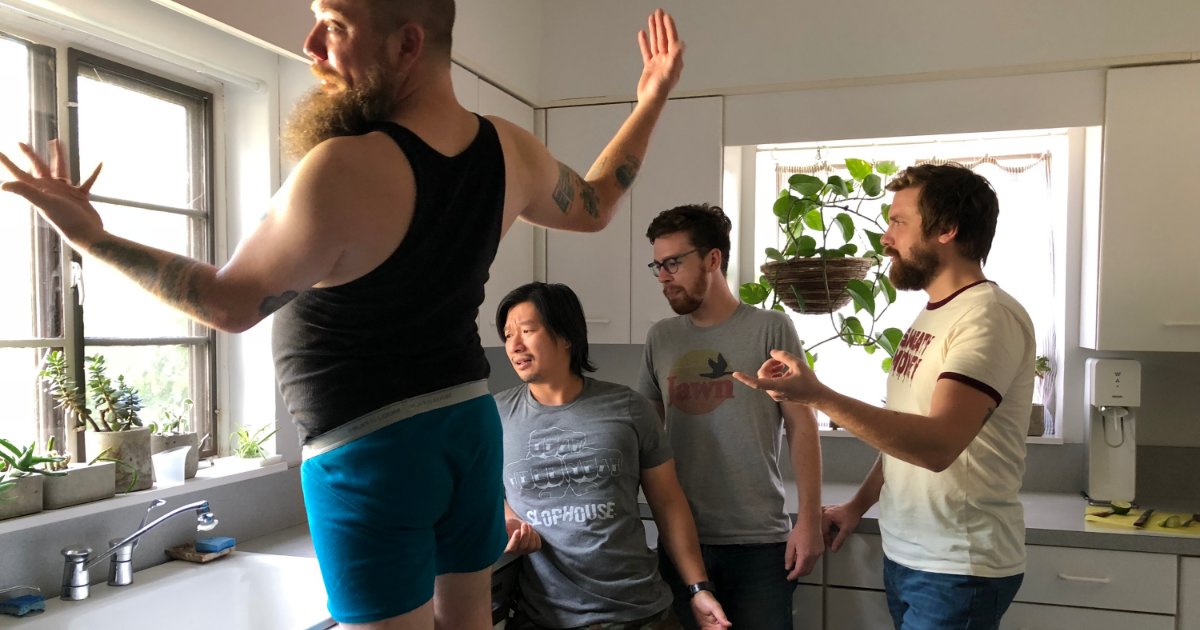 CHICAGO — Polite and respectful punk Jimmy Arano “did the right thing” at a house party last weekend by slightly moving a small pile of dishes to one side before pissing in the kitchen sink, skeeved-out sources confirmed.

“I was four tallboys deep and had to pee like crazy, but the bathroom line was practically out the front door,” Arano said. “So I did the only sensible thing: I pissed in the sink. Not my proudest moment, but overall, I think I handled the situation with a buttload of class.”

Vaguely horrified and amused witnesses noted Arano did gently push the in-sink dishes slightly away from the drain before urinating — a gesture Arano referenced several times by loudly proclaiming, “No harm, no foul, bro.”

However, homeowner and party host Kyle Hoskins had a slightly different perspective.

“There were only two people in line for the bathroom. Jimmy could have waited all of five minutes, but instead dropped trou in the middle of the kitchen,” said Hoskins, who was entertaining in the backyard during the incident. “And it’s not a big sink. There was almost definitely splashback on my turquoise Fiestaware.”

“I would have never done something like that. Just… gross. Sure, I’ve pissed in bathtubs because a friend was vomiting in the toilet. Who hasn’t? But the kitchen sink? Grow up, dude,” said guest Leslie Pivetta. “If he had to go that bad, why not pee on the douchey neighbor’s Altima, like a normal person?”

Hoskins admitted he intends to speak with Arano at some point — though the confrontation has been delayed while Hoskins deals with another, more severe, lavatorial issue that arose later that evening.

“I’ll definitely knock Jimmy the fuck out soon… but right now, I got bigger problems. Some asshole left an upper decker in the toilet tank,” Hoskins said.

When reached for comment about the defacement of Hoskins’ toilet tank, a sheepish Arano replied that he would answer “no further questions at this time.”