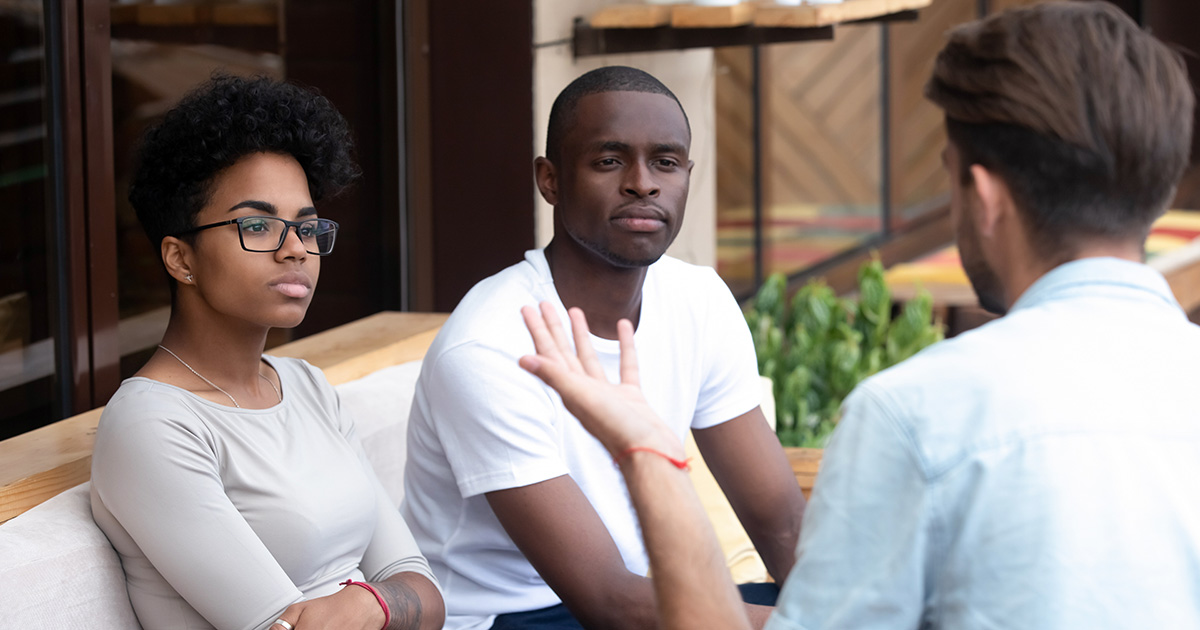 “Honestly, I just met this person and I didn’t think I was going to find out such intimate details about the inside of her asshole so soon,” explained party guest Dewayne Jessup. “Like, all I wanted to do was grab some hors d’oeuvres and I’m blocked out by some lady telling me they settled on the ‘Tushy Spa 3.0’ because it’s got a warm water setting. I’m not your doctor, I don’t care.”

The conversation took a turn from revealing personal details surrounding Mrs. Dell’s bathroom habits and cleaning routine to cooking strategies used by the couple in their kitchen.

“I planned on dropping by for just a little bit to say congratulations, and the next thing I know I had this guy talking to me about how you can’t ‘overcrowd the basket’ of an air fryer because you’ll end up with soggy sweet potato fries,” said party attendee Janice Doplin. “45 minutes in, he was just listing off foods and the correct amount of oil to spritz on them before air frying to get the perfect texture. Why are you putting oil on the food if you’re supposed to be frying it with the air? This party fucking sucks.”

Ring Camera footage showed the couple blocking both exit points of the home, essentially trapping partygoers inside of the gender reveal party.

“This is a classic case of a couple who think way too highly of themselves, independently, and have zero regard for another person’s time, experience, or enjoyment levels,” said fellow emotional vampire revisewing the footage, Bryce Snyder. “While this does fall entirely on them, there are ways to avoid becoming a victim of the most boring verbal assault ever. Resist the urge to linger around food, never spend more than one second looking out onto a yard, pool, or barbecue grill, and avoid walking down narrow hallways alone.”

As of press time, guests were being held for an additional 20 excruciating minutes after Mr. Dell brought up that they were considering getting a tumbling compost bin and rain water barrel to install in their newly bought home.