Coronavirus Episode of “Billy on the Street” Really Depressing 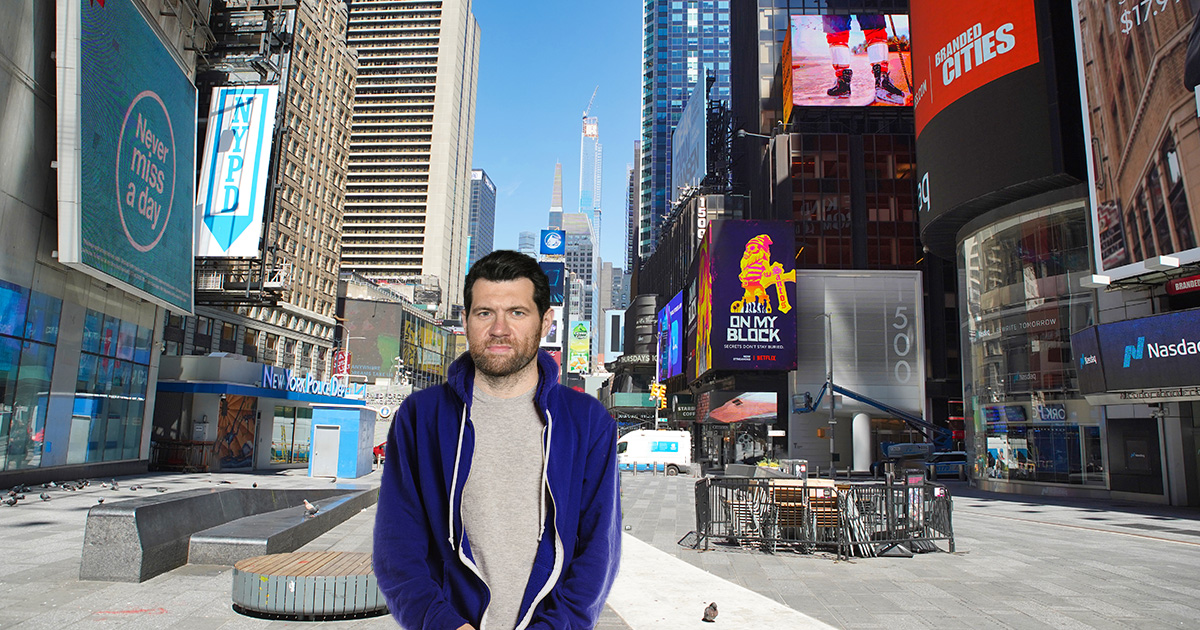 NEW YORK — Fans of Billy Eichner’s Webby award-winning series “Billy on The Street” report that the latest episode was “really depressing,” with the entire city on lockdown due to the ongoing Coronavirus pandemic.

“The show is entirely dependent on Billy interacting with random New York city tourists, weirdos, and losers. But with the streets virtually empty, Billy had no one to yell questions at except pigeons,” said viewer Aaron Sharpe. “He ran up to a group of the feathered rats and asked whether they thought Chelsea Handler would ever find love. They flew away, of course, and he desperately tried to chuck a balled-up dollar at them. The show used to be like a goofy, fun, sort of demented game show… now it’s like we’re mocking a schizophrenic man, and I feel bad watching.”

“Billy on the Street” producer Doug Brady had similar concerns.

“Our worst fears have come to pass: with no one for him to interact with, it became abundantly clear how insufferable Billy really is,” said Brady. “After finding Times Square empty, we tried hanging around outside a hospital to interview people… but it was mostly hospital workers getting off 12-hour shifts. The last thing they wanted was a jackass waving a dollar in their faces demanding opinions on Kristin Chenoweth.”

Eichner was able to interview one person for the episode, however — sanitation worker John Horn.

“This screaming madman came up to me asking if I wanted to be ‘quizzed in the face,’” said Horn. “Apparently I could win $100 if I answered his subjective questions correctly, but who the fuck asks subjective questions for a game show? Besides, my medical bills could be in the thousands if he gets me sick. I’m not about to risk my health because I had a different opinion about Madonna than him.”

The show will now be renamed “Billy Off The Street,” and will mainly consist of Eichner crying and drinking whiskey alone in his apartment.