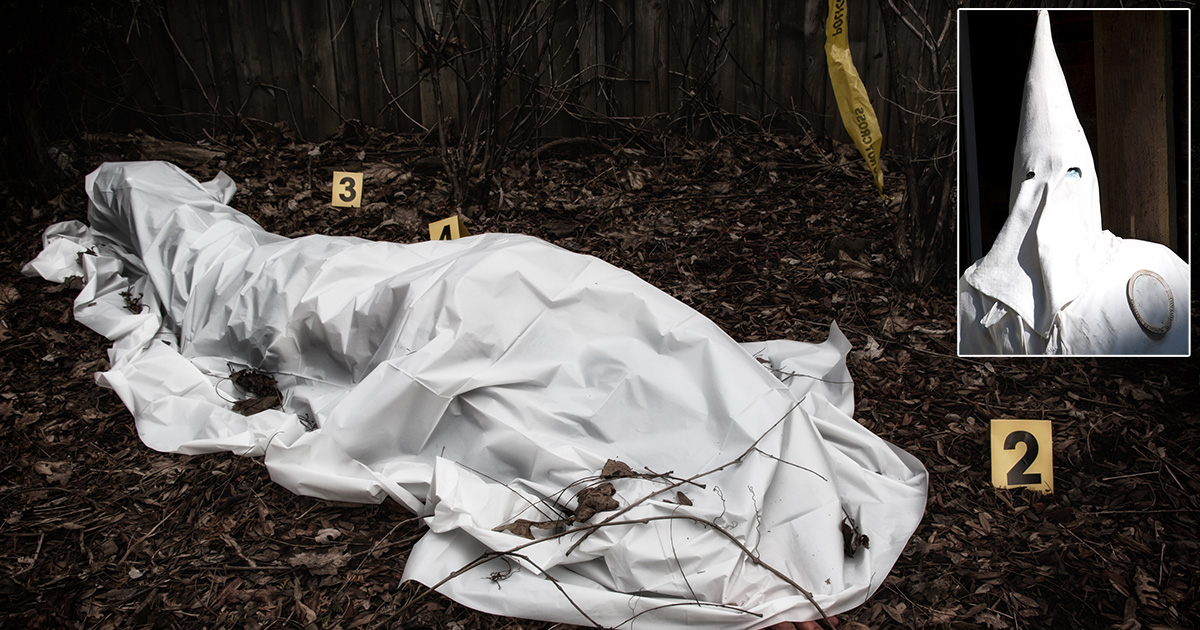 “Following an investigation, it appears that an officer was involved in a kinetic shooting event wherein a firearm in his possession was discharged,” said Millie Winitski, a spokesperson for Indiana State Police. “This caused a bullet to come into contact with the head of a klansman, who was indeed no longer alive following the event. We have concluded this was death by suicide.”

Porter’s patrol partner of 20 years Tom Huffington was heartbroken by the news about his coworker and Klan rally organizer.

“Billy was one of a kind — he may have had the same haircut, mannerisms, and outward racism as everyone else on the force, but he always stood out from the pack. It’s a tragedy when a friend and colleague dies in the line of duty,” said Huffington. “But I can take solace in the fact my brother in duty died as he lived: wielding a gun, with no regard for human life.”

Suicide among police officers is becoming surprisingly common, according to an American Sociological Association study, with steady year-on-year growth since at least 2008.

“The pressures of the job always take their toll on officers. It’s often very difficult for members of the police force to balance a life of racial violence with their duties as high ranking members of the Ku Klux Klan,” said the study’s author David Stephensen. “Some 30 percent of police officers report major anxiety or depression, and nearly all police officers say being a member of the Klan complicates their life in some way — whether it’s keeping their robes and hoods clean after it rains, or finding time to terrorize black citizens that doesn’t conflict with the police officer’s softball schedule.”

Sgt. Porter will be laid to rest at Woodlawn Cemetery with a memorial service this Saturday at 3:00 p.m., followed by a midnight cross burning in his memory at an undisclosed location in the woods outside Muncie.