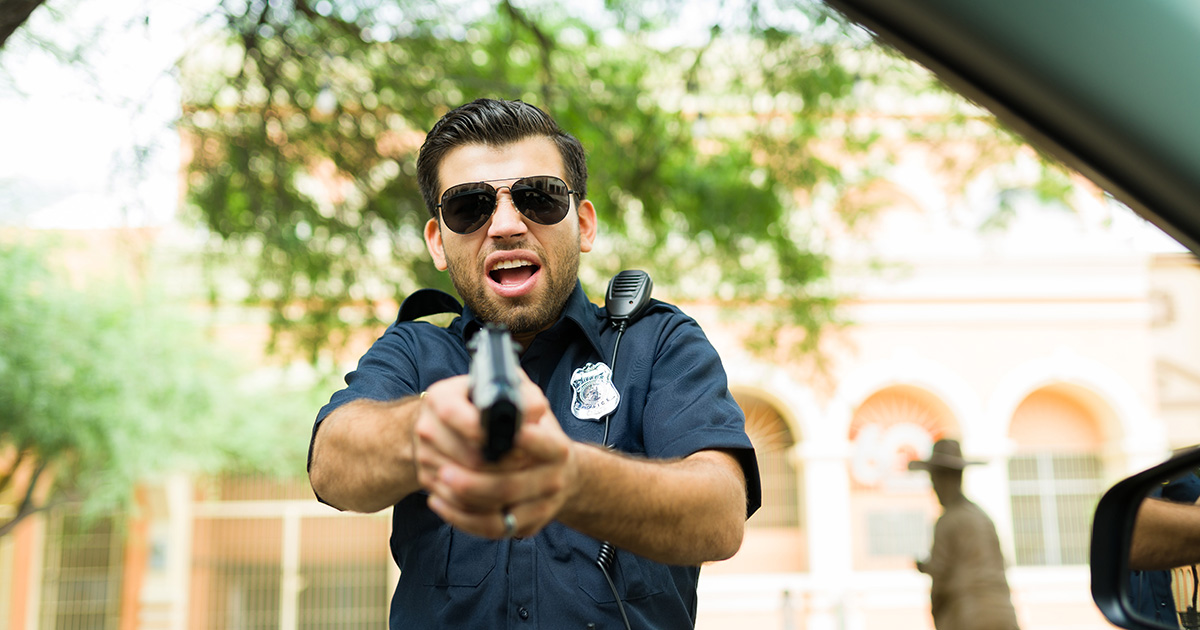 MINNEAPOLIS — Officer Dale Kisserman of Minneapolis’s Third Precinct returned to work earlier today after a mandatory administrative leave with a rejuvenated sense of bloodlust and paranoid thoughts, confirmed coworkers trying to stay out of his way.

“This city is a combat zone. I would know, my friend’s dad was in Desert Storm,” said Officer Kisserman, covering up the number on his badge with a Punisher sticker. “The night I discharged my weapon twenty-seven times inside that Cracker Barrell was just the beginning. Civvies have no idea what it’s like to wonder if you’ll make it home at the end of every night. Maybe a little wondering would do them good. Everywhere I look I see a dozen or more MS-13, Antifa, human traffickers coated in crack and I need to harness my warrior spirit in order to eradicate them from God’s green Earth.”

Police Chief Dave Hillstrom reportedly organized a party at the station to celebrate the officer’s return to duty.

“It’s disgusting how the media covered this incident. Officer Kisserman did exactly what he was trained to do. We all would have done the same exact thing if we had been drunk in that Cracker Barrell with him that night,” said Chief Hillstrom, hoisting up a piñata shaped like an unconscious person in handcuffs. “He’s a good man, a good officer. I just wish he’d stop sending me so many of those weird green frog memes. I love the guy, but waking up to exactly 1,448 Parler messages every morning is a pain in the ass.”

Eyes on the Block—a watchdog group that monitors police brutality and misconduct—released a statement today regarding Kisserman’s social media activity during his period of leave.

“We’re beginning to see a pattern of police departments adopting hostile attitudes towards the communities that try to hold them to account. Many officers view themselves as soldiers, and the citizens they encounter every day as enemy combatants,” said Eyes on the Block founder Eddie Wilson. “This was made especially apparent in a Tik Tok video posted by Kisserman where he paints the phrase ‘BLM,’ on a watermelon and then shoots it to pieces with an AR-15. The video has over 500 comments from fellow officers misusing emojis, but it’s clear they are all very supportive.”

At press time, officer Kisserman was spotted holding a Dunkin’ employee at gunpoint after mistaking the powdered sugar on his cruller for fentanyl.