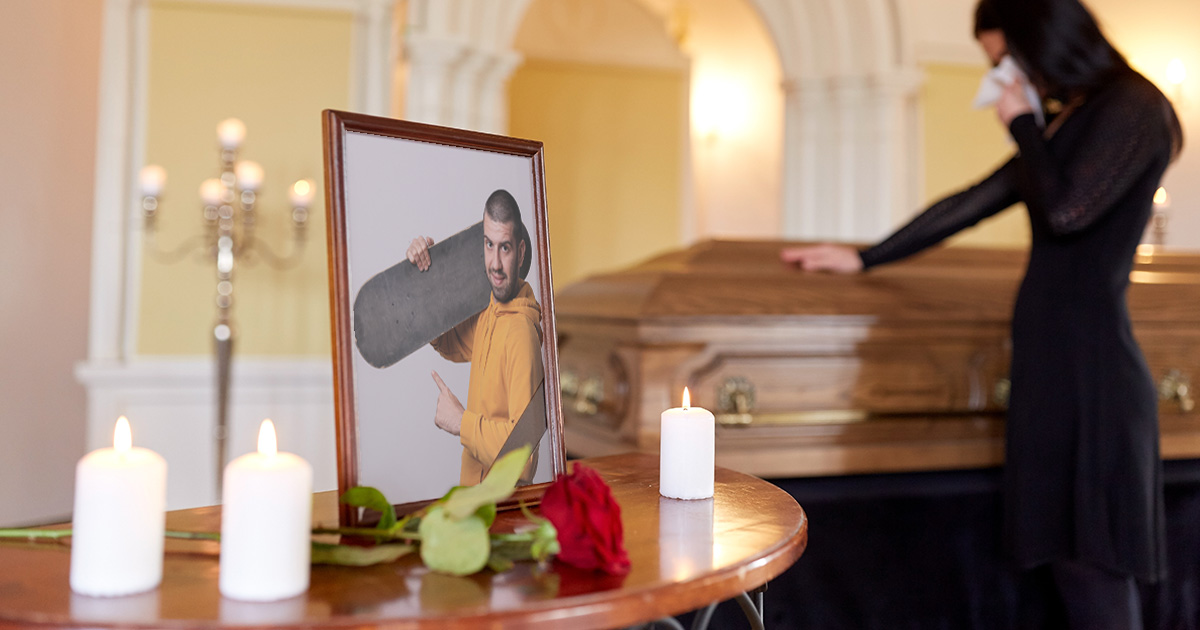 LAS CRUCES, N.M. — Local youth pastor Marc Herrera is shredding with the Lord now after he died attempting to ollie off his church roof following a church service held last Sunday morning, according to sources amongst his flock.

“Pastor Marc wanted to use his skateboard to show us how all things are possible through God,” said Craig Freeman, a student in Herrera’s UthLyfe Bible class. “And even though it was a really, really sketchy landing, I could tell by how his legs kept kicking that his spirit was already doing kickflips in Heaven. I’m sad he’s gone, but I’m still ‘soul-d out’ for Jesus.”

However, other witnesses were allegedly questioning their faith after seeing the particularly gory way their tattooed, Five Iron Frenzy T-shirt-wearing youth pastor died.

“When his body — or, I guess, vessel — landed, it was so messed up,” admitted Luisa Salazar, another of Herrera’s students. “His legs shattered on the curb and some rebar got stuck in his spine, so it took him a while to finally enter through the narrow gate. People stopped recording on their phones about 15 minutes in. After seeing that, I’m not sure Jesus actually is a ‘rad bro who totally took one for the team’ like Pastor Marc always said he was.”

Although Pastor Marc’s mother Lucy is devastated by her son’s death, she said she’s found peace knowing he died the way he lived, “getting the groms stoked on the Holy Spirit.”

“Marc was always a very spiritual and very edgy child,” she explained. “I was upset when he pierced his ear with a safety pin in his teens, but he insisted it would help his ‘street cred’ when bearing witness to his classmates, and he was right. I’ll always be grateful to the Lord for giving me such a cool, righteous son, and not some hopeless square like Pastor Erin.”