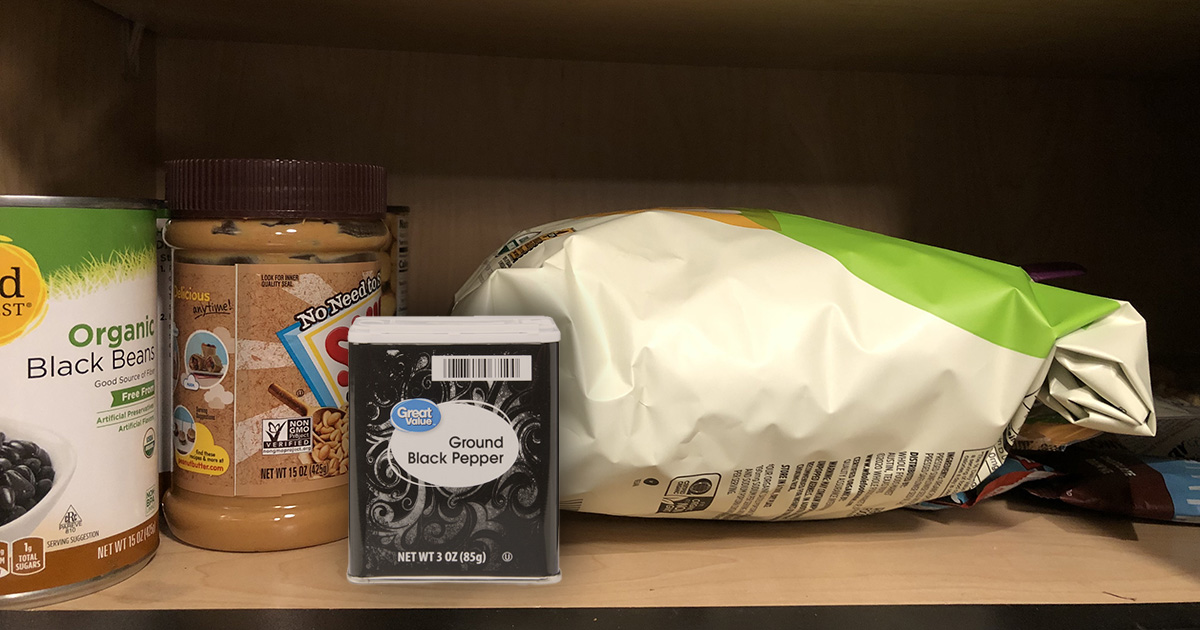 “I just kind of discovered it when I was rearranging some things,” said Bryce Collins, the newest resident of many over the past few years. “I figured it’s not worth throwing out because pepper never really goes bad and you never know when it could come in handy. I also used to have a big thing of pepper like this in the pantry back when I lived at home. It’s something I can just take out and give a good shake whenever I’m feeling homesick whether I actually use it or not. Hell, I might even pick up some Allspice to keep it company. I mean, it’s not like it has anywhere else to go besides the waste bin.”

Despite Collin’s positive spin on the pepper’s place in his pantry, the container’s outlook on life is a lot more bleak and troubling.

“Bryce just thinks it’s like Toy Story,” the container of pepper confirmed. “He thinks the second he closes the pantry, that it’s all fun and games for us, and that we all dance around like we’re having the time of our lives. It’s been FOURTEEN YEARS! I’ve talked to the containers of garlic salt and turmeric, and they’re still holding out hope. How I miss the gentle kiss of the sunlight that shines directly into this cabinet when it’s open. While we all are holding out hope to be poured out onto a cutting board before a discount ribeye is pressed into us, we’re mostly just sitting here waiting for the sweet release of death.”

Veteran herbalist Gunter Hobbsnagen presents his expertise on the dilemma faced in this apartment unit.

“Spices are a lot like condoms,” said Hobbsnagen. “More often than not, they are purchased with lofty ambitions. As time passes, the ambitions fade, and our subjects start to expire. They start out sweet or savory, but they all end up bitter towards the end. One could only hope that a Great Value was attained at some point, but most could safely assume that one was not. It’s unfortunate, but it’s life.”

At press time, the Great Value container was spotted tying a makeshift noose out of remnants from Collin’s roommate’s crocheting scraps.