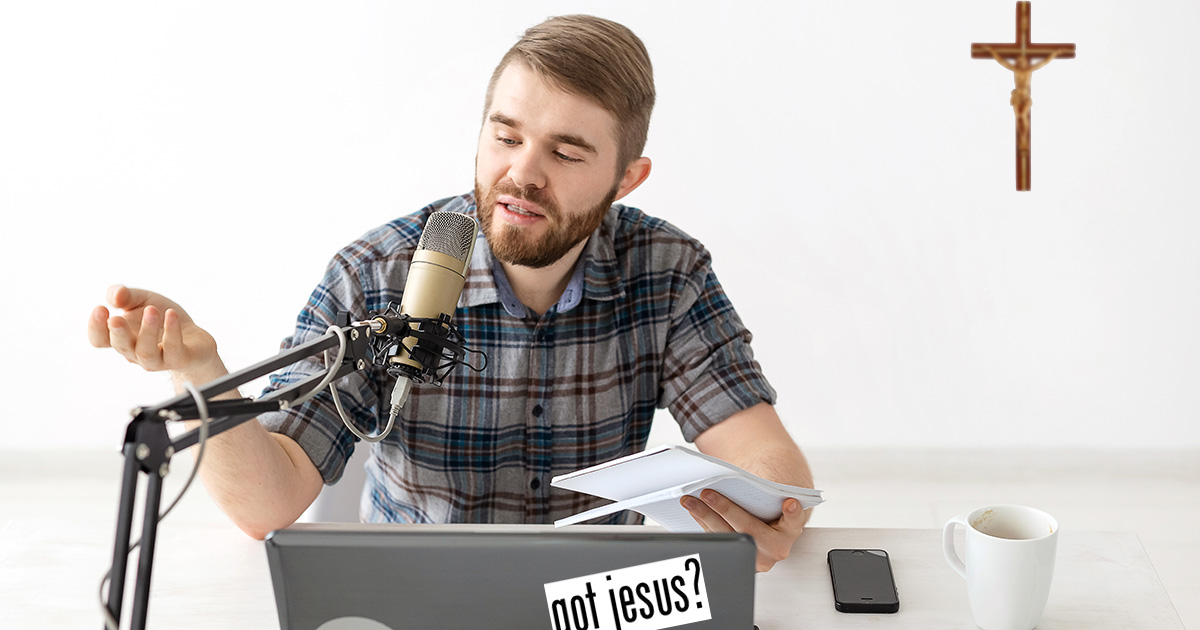 SAN DIEGO, Calif. — Conservative true-crime podcast “Roe vs. Pod” will maintain its sharp focus on legal and safe abortions as the show enters its fourth season of production, the show’s host confirmed.

“While most true crime shows focus on brutal murders of beauty queens struck down in their prime, we are making a show that focuses on the lives that could have eventually become beauty queens if their parents hadn’t been murderous sinners,” said host and lifelong pro-life advocate Peter Taylor. “People sometimes point out that because abortion isn’t a crime in America, we shouldn’t be classed as a true-crime podcast — all I’ve got to say is the Bible says it’s a crime. At least, I think it does, so that’s what I’m going with.”

Fans are awaiting the show’s return, claiming they miss listening while screaming “Murderer!” at young women going to Planned Parenthood for checkups.

“I heard the trailer for season four, and it’s all about a woman who had to drive seven hours to murder one of God’s children. The fact she isn’t in jail is such a travesty,” said enthusiastic fan Britney Davidson. “I was introduced to the show last year, and I fell in love with it right away — I’m so tired of all of this godless, liberal media with no morals telling me what’s right and wrong. They do nothing but lie to us! Like now, they’re trying to tell us abortion is only a small portion of what Planned Parenthood does? I’m not buying it. The blogs I follow all say that Planned Parenthood are selling baby parts to the Clintons, and that makes me sick.”

Critics aren’t as thrilled with the podcast, calling the show “gross” and “in poor taste.”

“In all of the years that I’ve listened to podcasts, I’ve never heard anything quite like this before,” said podcast reviewer Joseph Little. “A particularly shocking episode was one where the host followed, harassed, and doxxed a 16-year-old who was going to her local clinic for birth control. The segment had creepy amounts of detail, like when she had her first period, and even when she had her first kiss. This man is very clearly unwell, and his podcast is a testament to it.”

The show will be airing its season premiere this week, and fans can expect to hear Taylor’s statement on the controversy surrounding his wife’s recent abortion, in which he’s expected to remark that his situation is “different” and that “it would have been just such a huge inconvenience for him and his family to have a kid right now.”