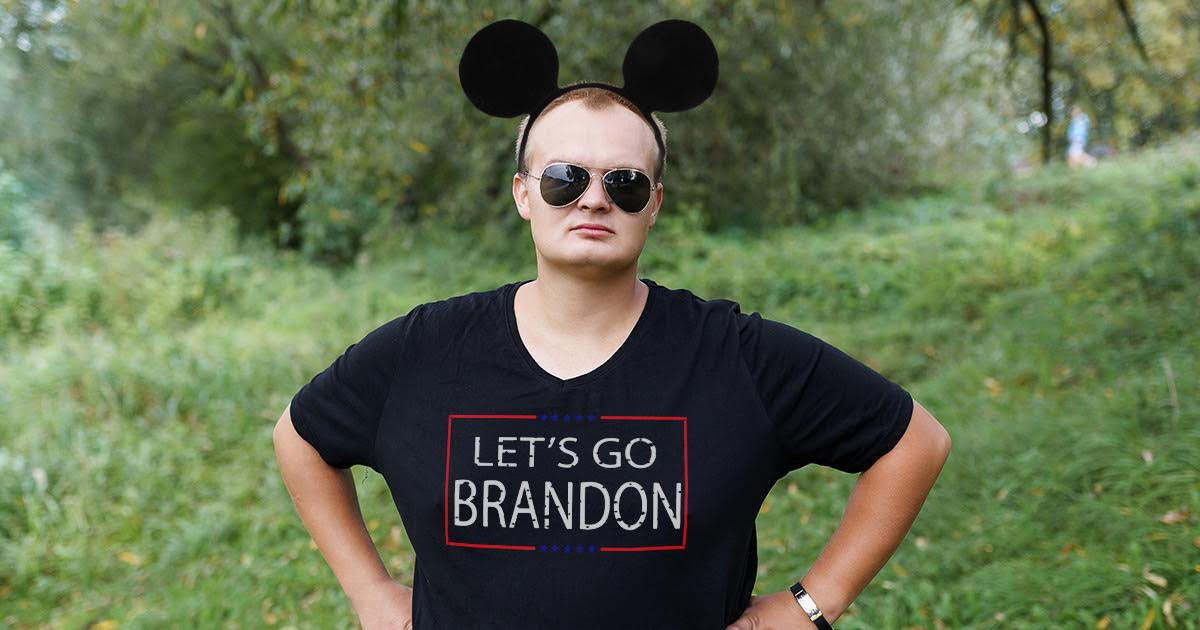 “Now that Disney has gone woke, me and my family will personally see to it that they go broke. That’s why we will now only visit Disney World once a month and just twice a month in December. And we’ve set a strict merchandise budget of just $1,200 a trip. We’re gonna send that gay lovin’ mouse to the poor house,” said Anderson. “And we’re not stopping there. I also canceled Disney+, at least until ‘The Mandalorian’ comes back. And we’re only getting the regular Blu-Rays of Marvel movies, not even the collector’s edition. It’s a huge sacrifice, but it’ll be worth it to ensure my kids aren’t indoctrinated.”

Disney World funployee Emre Cantrell noticed an “odd” change in behavior among certain park guests as a result of the spreading boycott.

“I’ve heard a lot of talk about conservatives claiming they will never come back, but this place is packed with people wearing InfoWars merchandise. Not sure why. Maybe it’s the nostalgia, or Disney’s idealized version of the past, or Walt’s racism. Who are we kidding, it’s definitely that last one,” said Cantrell. “They still visit the park, but now they try to act like they’re completely miserable. It’s so bizarre seeing a sunburned guy in a MAGA hat angrily chomping on a $22 churro, or screaming ‘let’s go, Brandon’ while spending their children’s college fund on diamond encrusted light sabers.”

Florida Governor Ron Desantis is leading the fight against Disney after the company spoke out against his office’s highly controversial “Don’t Say Gay” bill.

“As a Republican governor, my mission is not to serve the people of Florida, but to stick it to the libs. See, I love freedom and capitalism so much that I’m willing to screw over any corporation that dares express an opinion that differs from mine,” said Desantis. “Sure, by stripping Disney of certain legal protections I am completely screwing over everyday Floridians who will need to contend with a billion dollar tax bill. But I bet Disney will think twice now next time they consider showing sympathy and human decency to a marginalized group of people.”