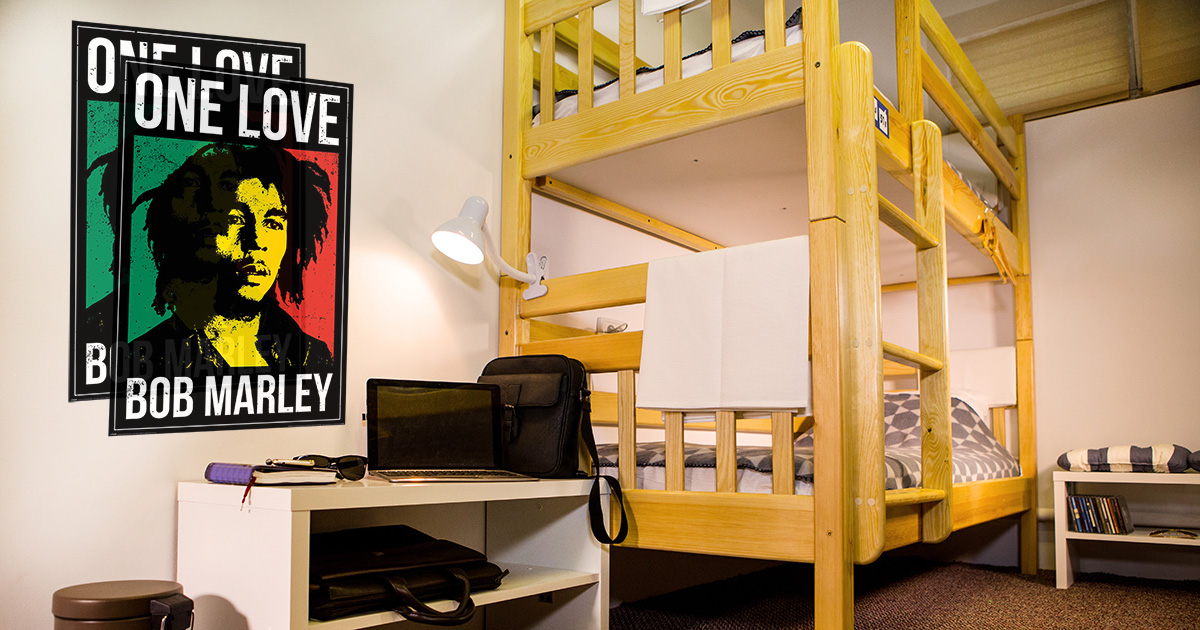 ST. LOUIS – College freshmen, Keegan Smith and Caleb Kyle, are locked in a bitter argument over sharing the wall space for their identical Bob Marley posters, according to nearby sources laughing their asses off.

“At first I thought Caleb was pretty chill, especially since we both had dope-ass dreads,” stated a clearly white Smith. “But then he had a total meltdown when I tried to put up my Bob Marley poster where he wanted to put up his slightly-similar, yet massively inferior one. We’ve been giving each other the silent treatment ever since, which is making things super awkward. I prayed to Jah that college would allow me to make life-long friends with whomever I bunked with, but instead I’m rooming with a little bitch who won’t let me express my true self by displaying this iconic poster of the Jamaican reggae star that I’ve been a fan of ever since I bought it at Target last week.”

Kyle chimed in with his side of the confusing and contentious story.

“If anyone’s a little bitch, it’s him,” said Kyle. “Not only did he cry like a baby when I replaced his poster of Marley superimposed over the Jamaican flag with my poster of Marley filtered with the colors of the Jamaican flag, but he also spiralled when I tried storing my devil sticks beside his. I hate this guy so much! You don’t know how shitty it is having to room with someone who’s the complete opposite of you. Even though my personal motto is ‘One Love,’ fuck this guy to hell.”

“Holy fuck, those guys don’t know how hilarious they are” said a visibly stoned Tait. “At first I thought they were the same dude or twins since they looked, dressed, and talked alike. But then I realized the one in the red poncho was Keegan and the one in the blue poncho was Caleb. Or vice versa. I tried to explain to them that there was enough space for all their lame shit, as I don’t really care who’s at fault since my job is just to mediate between disgruntled roommates, and to steal any weed I find lying around, which I obviously did.”

At press time, the roommates were seen hanging pictures of their ‘Canadian girlfriends’ who looked suspiciously alike, and whose photos definitely didn’t come with the frames.