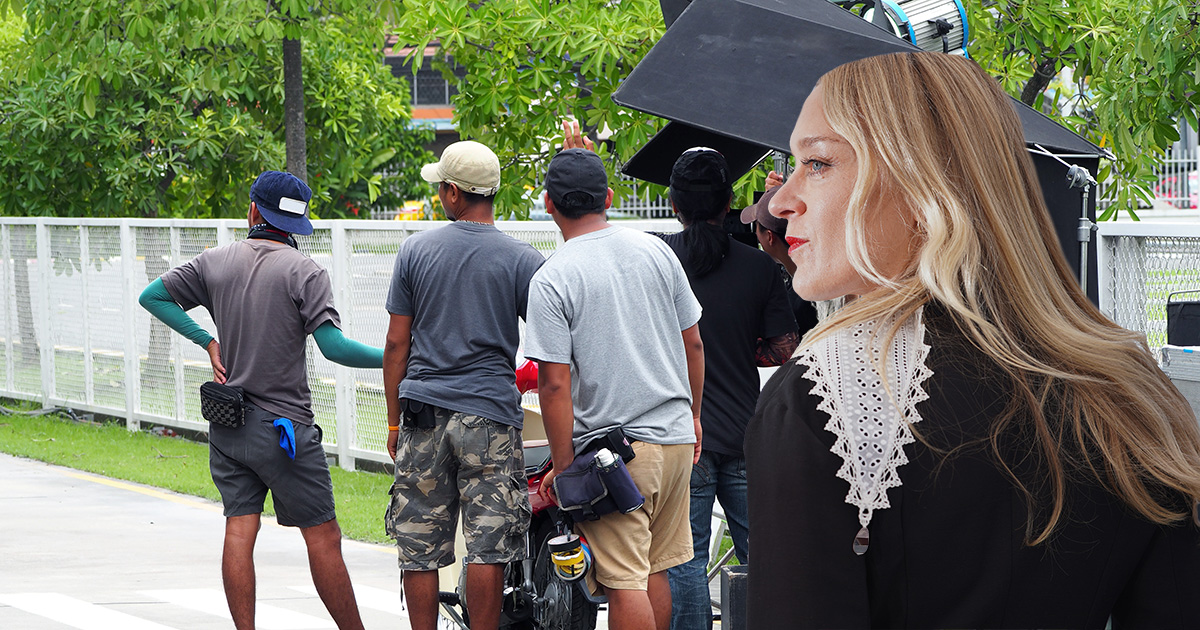 “Chloe wasn’t on the call sheet, but she was still standing outside hair and makeup when I got here at 5 a.m.,” said key grip Bobby “Buster” Blaise. “The best boy heard her tell the A.D. that she was ready if we needed her to play the cancer patient, or the cancer survivor, or even the transgender incest-survivor who also has cancer. Since then, she’s been wandering between set and base camp all day, trying to make eye contact with people. She’s really intense.”

The phenomenon of actors obtaining roles by hanging out near sets is quite common in Hollywood, where it is known as “Clint Howard-ing.”

“It’s almost a tradition in the film industry,” said movie insider Marcy Zezel. “Everyone knows that Harrison Ford was a carpenter who just happened to be in the right place at the right time, and that Ben Affleck was only at the ‘Mallrats’ set to try and buy weed. Chloe has built her resume by silently leering at talented auteurs like Wes Anderson, Larry Clark, and Harmony Korine, until they feel so uncomfortable they cast her.”

Although visibly unnerved by the actress, director Lance Fisher initially insisted that casting is complete and the Golden Globe-winning actress is wasting her time.

“We’ve had the cast in place for months and we couldn’t be happier,” said Fisher after shooting one of the film’s 38 flashback sequences. “God, she’s good, though. I mean, obviously — she’s an independent cinema legend. And to be honest, I’m a little afraid of having to say ‘no’ to her. You know what? I’m going to do some reshoots with Chloe as the hairdresser with breast cancer. Saoirse Ronan will be cool with getting fired after six weeks of work, right?”

Immediately after “The Crying Beautiful” wrapped, Segivny hitchhiked to New York City to track down Jim Jarmusch and stand outside of his apartment until he casts her in his next film.