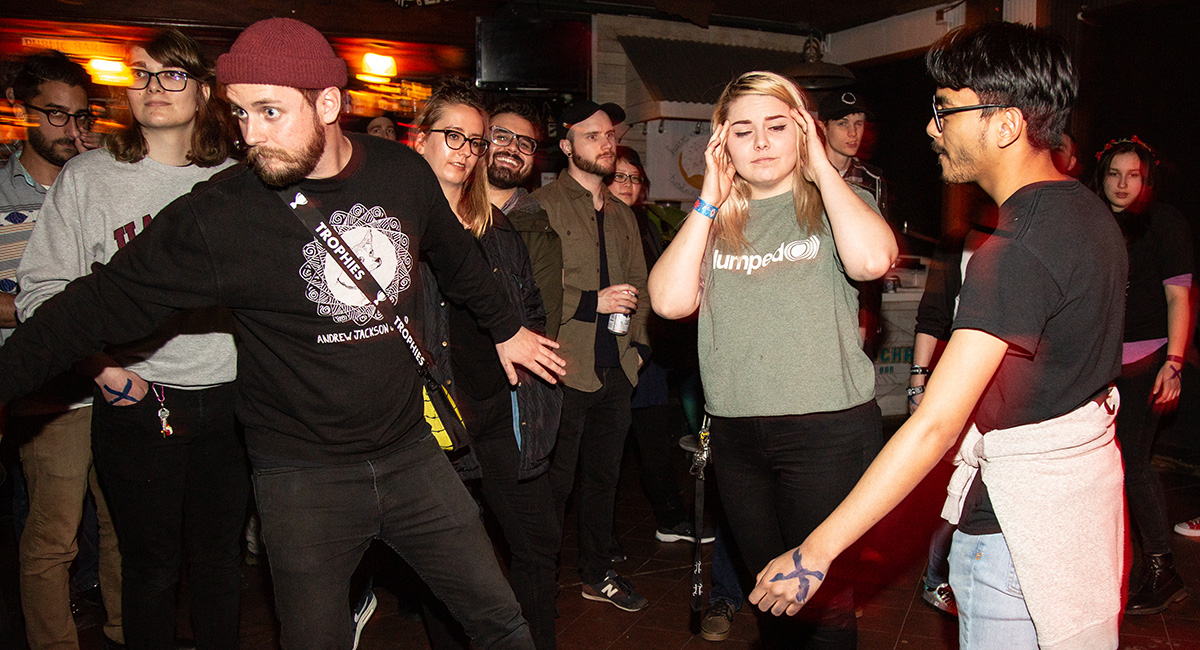 “It was one of the most romantic gestures I’ve ever seen at a show — I wish my boyfriend would do something like that for me every once in a while,” showgoer Gina Powers said loudly and over her shoulder. “Right before the breakdown hit, there was a brief moment of silence, and I clearly heard him say, ‘Allow me, m’lady…’ and then he started wrecking shop. So sweet.”

Deme did his best to downplay the selfless gesture.

“I guess I’m just an old fashioned sort of guy. If I bring Lisa to a show, I’m going to make sure I pay for her ticket and any merch she wants… and you better believe I’m opening up every pit I can for her,” said Deme. “At the last show we hit, some idiot spilled his beer all over the dance floor, so I laid down my T-shirt so she could keep dancing without getting her Vans wet. But really, the most important thing is communication — so whenever she screams along to a band’s lyrics, I make sure I listen.”

Sadly, many of the men attending felt Deme set a relationship standard too high for them to meet.

“The fact he even invited his girlfriend to a hardcore show in the first place is already something I can’t bring myself to do. And now, I’m expected to open up pits and not stand right in front of her like this Romeo-ass motherfucker?” said scene staple Danny Murphy. “The last time I brought a girlfriend to a show, I did a stage dive and landed right on her… and she had the nerve to get mad at me. She still claims her back hurts when it rains! Best I can offer is chucking my jacket behind the merch table instead of asking her to hold it.”

Deme allegedly plans to ask Traynor’s father later this weekend for his blessing to take Lisa to this year’s Sound and Fury Festival.