Chacos Chick and Tevas Guy Really Hitting It off 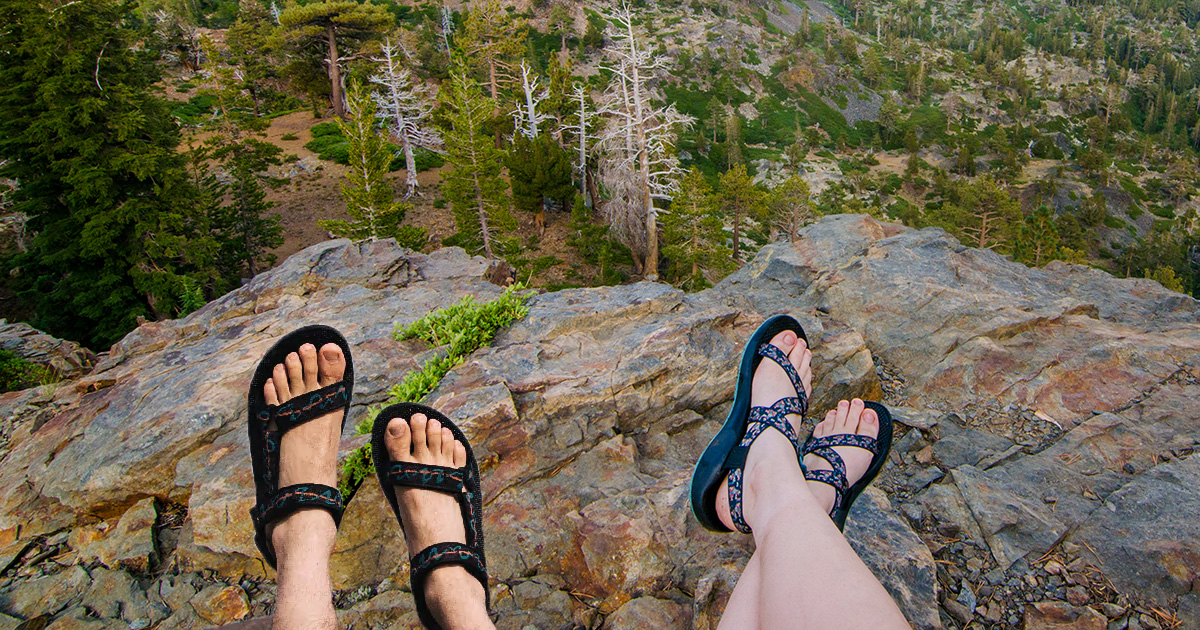 SEATTLE — Local Chacos-wearing woman Stevie Saintclaire recently found love with Tevas fanatic Zak Richards as the two bonded over their affinity for the strappy sandal brands, according to sources.

“It was a match made in crunchy granola heaven, but not without some hurdles,” said mutual friend and local REI associate Sherwin Banks. “The first time they met, Zak scratched up the side of Stevie’s Subaru Outback with the door from his Subaru Outback as we were all leaving from a group hike up at the North Cascades. He even ran over her Camelbak HydroBak and her Pull Top Nalgene water bottle that was covered in 40 of her favorite stickers. She was so stressed she almost scratched the skin right off her tree tattoo.”

Reports confirmed that tensions were relieved after the two found each other again at a crowded CommuniTea Kombucha brewery event.

“Well, the story is super cute. I dropped a vegan carrot stick on the ground and when I went to pick it up, I saw his cute little hairy toes poking out of his Hurricane Verge XLT2 Tevas, and my heart just melted,” gushed Saintclaire. “I had immediately forgotten about the car thing, probably because I was feeling super confident in my new edition Mega ZX Cloud Chacos. I tried to not immediately spin out into some fantasy where we’re using our REI rewards on each other or sharing an Eno hammock together, but I was just spinning.”

Not all bystanders were pleased with the pairing, however. Owner of the local Smile Herb Shop, Lindi Chang, was extremely disgusted by the couple’s feet and overall presence.

“They come in every Thursday when we have our Singing with Ginseng open mic. When everyone sits around the carpet with their tea to enjoy the music, it’s disgusting to have to see their feet,” Chang stated. “They even play footsie with each other by just wiggling their toes on each other’s feet. I’m this close to denying service to folks with open-toed shoes… and I work for a place called the Smile Herb Shop. Do you know how nasty this couple has to be for me to deny all people wearing sandals at a place called the Smile Herb Shop?”

The relationship hit another rocky patch after Richards, an L.L. Bean Duck Boots guy, discovered that Saintclare was a Doc Martens girl during the wet, Winter months.