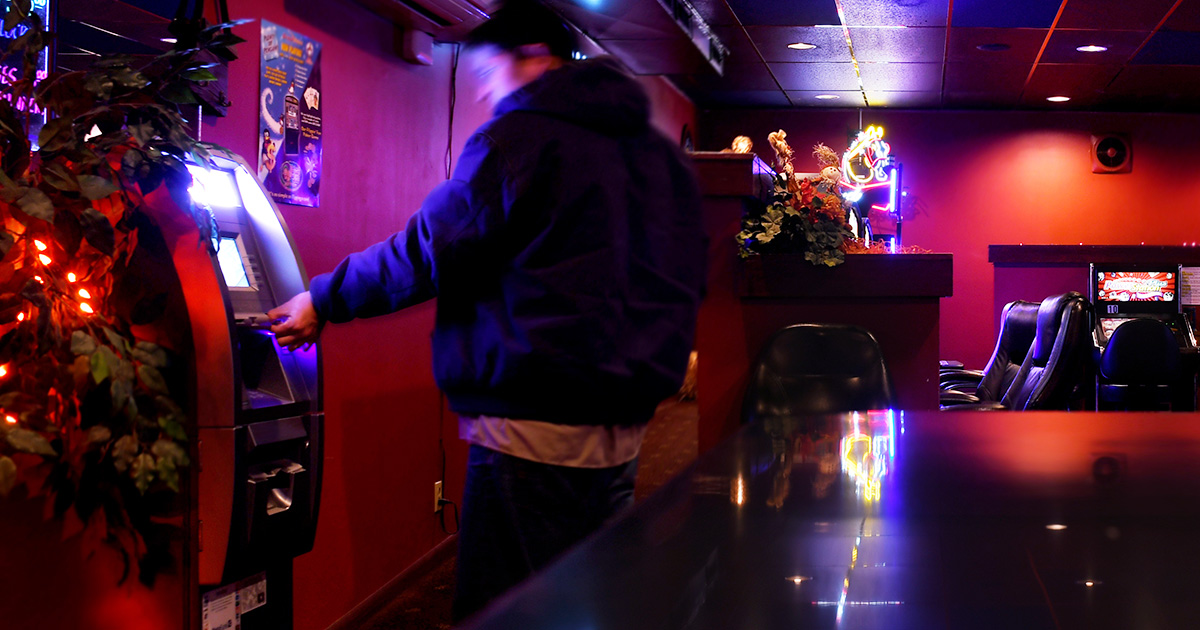 “That’s just capitalism being capitalism, baby,” said the bar’s proprietor Andy Shouthjaw, before staring forlornly at all of the empty bar stools on a Saturday night. “We simply must punish customers for being ill-prepared when coming into this establishment without the proper physical monetary requirements. It’s the only way they’ll learn. Plus, as a precious job creator, I’m allowed to charge whatever I want and pay as little taxes as I want. This is America. If you don’t like it, move to another bar.”

Potential patrons were disappointed by the lack of consideration.

“$7 just to access my own money is like some sort of Orwellian nightmare or Ayn Randian wet dream,” said Jeremy Rattingor before writing, “fuck this place,” on his one-star Yelp review of the bar. “If only there was some sort of establishment I could go to beforehand to withdraw my own money free of charge… maybe, like, a place that has my bank’s name on it, so I know for sure there won’t be some ludicrous transaction fee. Anyway, it’d probably be a terrible business venture since paper money is essentially obsolete.”

“There are consequences to being poor in this country, and nothing reinforces that more than the U.S. banking system,” said financial analyst Susan Bonnings. “That’s why you pay a fee if you overdraft, or are slapped with a penalty charge simply for having a low balance on your account. Sure, banks don’t need to do that, but it’s straight up easy money for them. And what are you going to do? Not have a bank account? The solution is actually pretty simple, though: stop being poor, and always keep a few hundred bucks on you. Just like me.”

Sadly, Shouthjaw will likely have to close down his bar due to low turnout. Plans are already in the works for an apartment building to be built in its place, of which management intends to charge first, last, and middle month’s rent as a brokers fee along with monthly pet rent and a $250 “landlord’s convenience” fee.