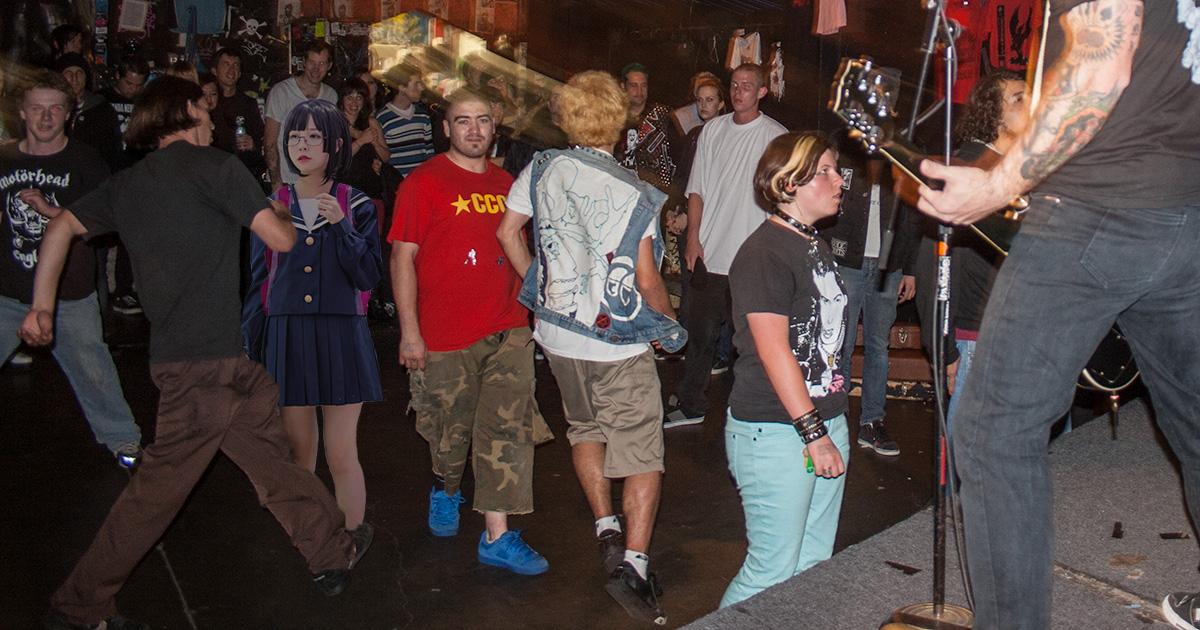 ATLANTA — 17-year-old Fumiko Ishioka startled audience members at a hardcore show last night, standing motionless in the center of the mosh pit while wearing a pink Hello Kitty backpack and completely ignoring the chaos around her, according to numerous eyewitness accounts.

“I’ve been going to hardcore shows for almost two decades, and I’ve seen dudes get in fights, bust their faces open on broken glass, break their bones… you name it. But that? That shit was on another level,” said Brock Winters, a 35-year-old ex-Marine and local musician, of the glacial stillness and vacant expression of the bespectacled, 5’1” honor student. “That girl was fuckin’ psychotic.”

Fellow mosher and crossfit trainer Shelly Burrelson confirmed Winters wasn’t the only one disturbed by the lingering presence of the debate team alternate due to remove her braces next month.

“At one point, I fell down — I was getting kicked and stomped on, so I reached out in the dark, just trying to feel my way out of the pit. That’s when my hand grazed her bobby socks,” said Burrelson, shuddering. “I looked up, and she was staring at me like it was no big deal — like I was just doing a jigsaw puzzle on the ground, instead of merely doing my best to survive. She was so insanely calm about everything that I was like, ‘Is this bitch for real?’ And then I was like, ‘Wait… is she real?’ Because when I looked back, she was gone.”

The mayhem the Gwinnett County High School second-chair violinist unleashed wasn’t confined to the mosh pit, however, as her unspeakable poise and grace unnerved those on the periphery as well.

“I usually don’t even get near the pit,” said C.J. Lawson, who saw Ishioka from the back of the venue. “But when the lights changed mid-song, it reflected off her plastic backpack and blinded the fuck out of me. After that, I couldn’t look away — she looked like one of the twins from The Shining. That just isn’t cool. Someone should pull her aside and tell her that type of behavior is unacceptable.”

Unavailable for comment, Ishioka was, at press time, sitting by herself on a bench in Piedmont Park, making up names for pigeons and writing them on her hand.